The Chronicity of Autism 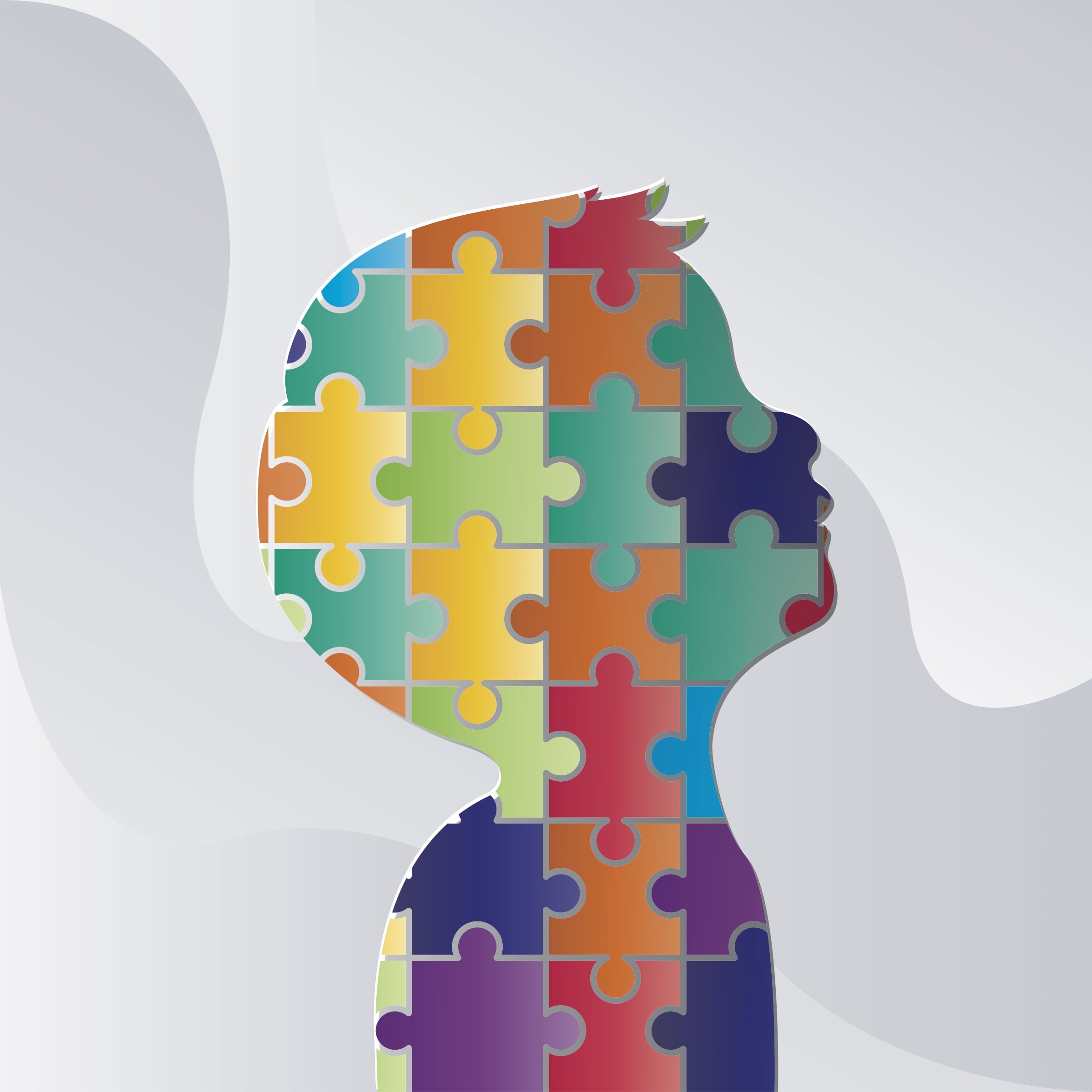 Be prepared. Knowledge that recovery from an autism diagnosis is possible should be accompanied by an awareness of the time and resources that must be invested.

The journey is characterized by periods of advancement, stagnation, and sometimes, regression. Success is more likely when professionals diagnose and treat medical issues, and traditional therapists ingrain proper development.

Depending on the degree of difficulty with oro-motor functioning, useful speech may take quite a while. Socialization is encouraged and more play with other children and leads to maturation. Some of autism’s related signs and symptoms, such as sensory issues, repetitive thoughts and behaviors, and gastro-intestinal issues may be at issue for years.

Secondary symptoms that may have been less obvious often come to the fore, such as ADHD, obsessive-compulsive behaviors, or anxiety. Medical specialists, such as psychiatrists, gastroenterologists, or endocrinologists are frequently sought to evaluate and treat co-morbid conditions.

The following is a sample of emails that have taken place over the past 6 months with a wonderful family, who are only able to manage yearly visits:

3/10/17 Cameron is on the following medicines…
His speech is great after ENHANSA and b 12 .
Just since last 3 days His focus has gone and is completely disoriented .
Has started repeating his play and is stuck to do the same thing all the time. Movement wise has become slow.
The therapist tells me could be sensory and compliance.
We had done flucanazole full of jan and Feb.
He is totally off sweets and ENHANSA is working great. Just don’t know y the focus has reduced…

3/17/17 Flucanazole again. Been just 25 days?
Wouldn’t it be bad for his liver?
And do I give it along with the ENHANSA or should I discontinue the ENHANSA?

3/22 Will stop the deplin, but I think it’s all after the ENHANSA. So it is yeast related.
He starts school on coming wed. Thus more stress!
ENHANSA has given him speech but now stressed about behaviour.

3/23/17 Cameron suddenly has stopped listening and has started zoning out.
So lethargic in his posture. Wants to lie down on the floor. Sometimes pushes his friends.
Will stopping the ENHANSA help? As it is definitely due to yeast. I don’t want his school to pick up his case in the first month itself.
Have stopped deplin today. Flucanazole is on.

3/23/17 I have got this letter from a well known pediatrician here…
The school has allowed us to send his meals from home. So no stress at that end.
We have already received the digestive enzymes and kept them handy.
The dr here is aware of Cameron’s diagnosis, but has not mentioned it to the school. We will take it as it comes.
Speech is fantastic with ENHANSA. Lot of spontaneous talking all the time. Clarity has come with L-carnosine. Deplin did help a lot with comprehension and there were no tics for 2 months.
Just can’t understand what happened a week after ENHANSA . Cold and a runny nose for a week ’til we started flucanazole…. Stopping ENHANSA hope the speech doesn’t reduce. Cause we won’t be able to start it again ’til vacations then…

3/25/17 Cameron had leakage of stool without even increasing the magnesium.
So I have not given him the extra dose. Today his behaviour was slightly better. Like 10% improvement.

3/28/17 Cameron has calmed down a bit after stopping the ENHANSA and deplin.
Currently he is on… Do let me know if any alterations to be made.
Also he has started repeating sentences and words. From movies. And robotic speech is slightly back.

4/7/17 Cameron has calmed down and the tics r also not to be seen in the last 2-3 days.
Melt downs have stopped completely.
Worry :- repeating sentences, and not comprehending questions. Giving weird answers to any question. Focus not there… ENHANSA caused the flare according to me. So I feel we should not start it ’til… school breaks for 2 months. So all trials can happen during that time.
Do let me know about the b 12 shots too. As the speech has diminished by like 50%. He only answers when needed or forced to.

4/25/17 Cameron stopped diflucan on 22 nd. And has been complaining of stomach ache.
Stool has been passing once a day .
Deplin is on.
Today the therapist felt that he was not focussing at all and was giving all weird answers. Which was not the case last week. Is all this regression always there after stopping the diflucan? Or is it just one off day.

5/4/17 Cameron’s second round of diflucan is on.
And since yesterday he has started complaining of a stomach ache all the time.
He is passing stool twice a day and quiet loose .
Today he has barely eaten any food and is complaining immediately after 4-5 spoons of his dinner.

5/6/17 Cameron has been complaining on cramps in his stomach.
In a day 2-3 times and at night, too… fever, itching in the pelvic area and sore throath since yesterday nd now constipation.
I have started the fiber today. It’s extreamly hot here…
He’s not eating well since last 2 days and is very lethargic too. Didn’t go to school on Friday.
I have started activated charcoal.
Just worried that I hope this diflucan doesn’t effect him in the wrong way as he is not eating enough. This is something I had read so was thinking would be related to a die off.

6/4/17 Cameron breaks from school in a few days.
Just yesterday and today I have noticed lack of focus and a few melt downs. Also severe stench in his poop and while passing gas. (for which I gave him activated charcoal today). We r scheduled in 2 weeks and blood tests follow.
Was wondering if I should start the diflucan now (hope it does not effect any Results in the blood test) or should we again give the ENHANSA a try?
Current meds and supplements: D3 2000, Fish oil, Probiotics, Gluthatoine, Deplin, L carnosine, MVIs, Magnesium, Vit c 500, Naltrexone cream…

7/10/17 Cameron has resumed school. Stomach is now fine.
Slight bloated though, but has lost his appetite completely. He is eating half of what he used to eat last to last week. Main issue is chewing. Takes an hour to eat an apple. Seems less energetic. Could be the heat here also but I feel he doesn’t have the strength. As is asking to be carried on steps and even out of bed wants to be carried. (carrying him has come almost after 1.5 yrs , after we met u first)
So I think it’s more related to energy. He seems v lethargic. Inspite of sleeping 10-12 hrs of good sleep. Do u think we need to start the b12 now?

7/11/17 I’ve stopped ENHANSA completely. It’s not for Cameron.
His behaviour is worsening.
I gave him 2 spoons of magnesium yesterday like advised last time by you.
I am out of town for 3 more days. Will go home and start diflucan 6 weeks again.

7/22/17 I started Cameron on 6 weeks of diflucan as he had started flapping and hitting everyone.
It’s been one week and he is much better.
We also started him on 2 capsules of vayarin. I can’t see any major change but it’s not harming in any way. So should we continue with that?

Discussion
Sometimes, such interactions are via phone and/or with our staff, but close attention to change, some patience, and accurate, appropriate interventions are often successful.

Specialists, therapists, and parents get used to what works, what doesn’t, and what hurts their individual child. Intelligent, warrior parents seek to leave no stone unturned. Eventually, the good times outweigh the challenging ones. And the challenging ones get less so.

For many families, the patient no longer meets criteria for ASD.

Conclusion
The most satisfaction comes as we appreciate the affected person’s strengths, and continue to work with those not-yet-acqired social skills.

All the work pays off. The children are loved, and love back. A way through the forest seems to appear. Life settles down, even for the most affected patients. Perhaps the parents’ greatest frustration is the understanding that intelligence is not the issue, and that there is a whole person inside.