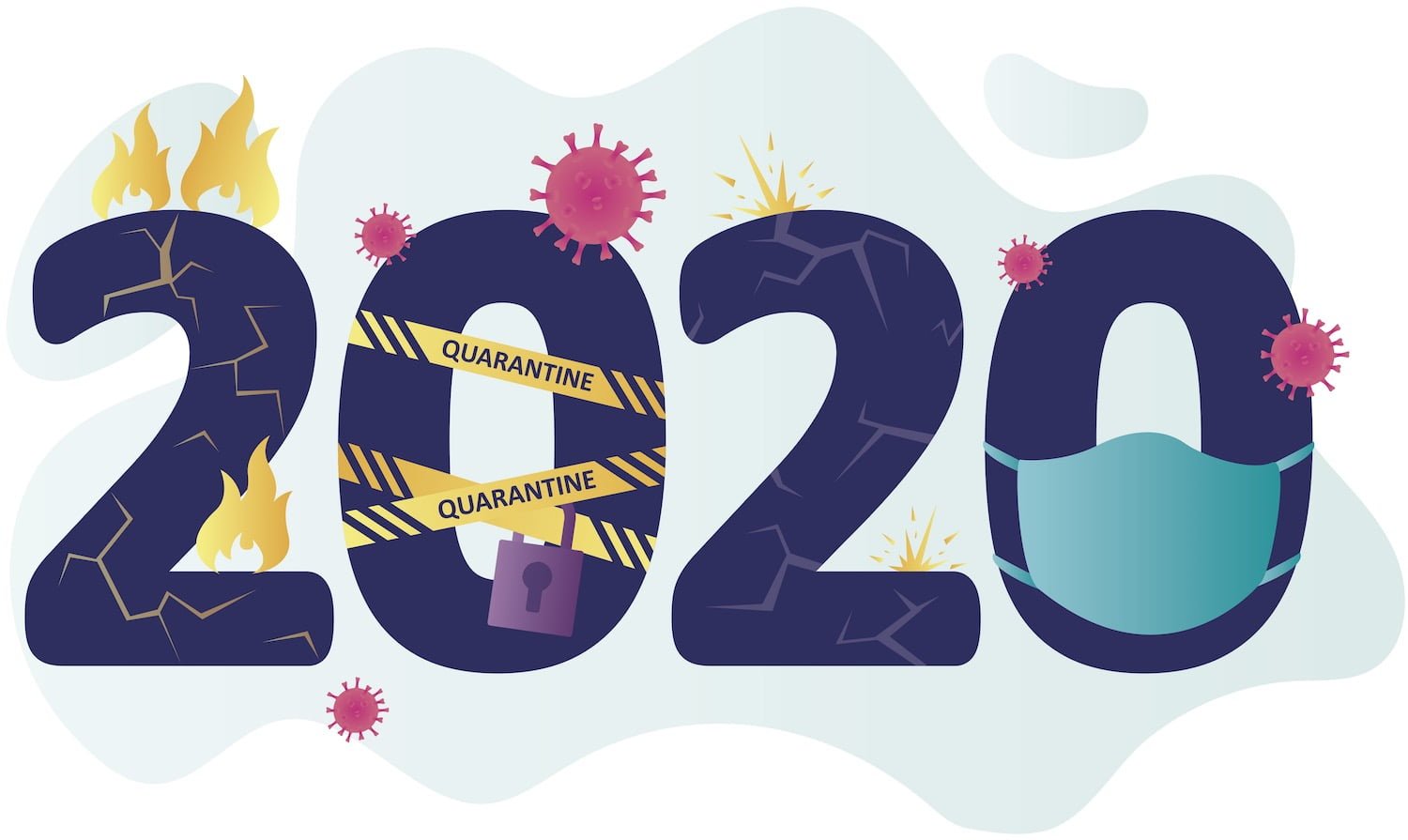 Each month throughout the year, I flag research that pertains to my understanding and how I practice the complicated world of childhood developmental medicine. There are many articles to be considered, but this synopsis focuses on human studies.

Here is how the OTHER epidemic – Autism Spectrum Disorder – was studied and addressed in the past tumultuous year.

January
Autism risk in offspring can be assessed through quantification of male sperm mosaicism
This could offer insight into the association of neurodevelopmental disorders with older fathers.

Copy Number Variation and Clinical Outcomes in Patients With Germline PTEN Mutations
More research about how autism relates to this genetic mutation.

Autism risk in offspring can be assessed through quantification of male sperm mosaicism
Reported as, “Genetic tests of sperm may forecast odds of autism in children.” Not ready for prime time.

Symptom improvement in children with autism spectrum disorder following bumetanide administration is associated with decreased GABA/glutamate ratio
We tried this intervention several yers ago. It requires a fair amount of blood testing and very close follow up. Unfortunately, there was really no difference in our patients who had tried this intervention.

February
Large-Scale Exome Sequencing Study Implicates Both Developmental and Functional Changes in the Neurobiology of Autism
“102 genes implicated in risk for autism spectrum disorder…” And counting, I expect.


How aripiprazole’s promise for treating autism fell short
Abilify vs. Risperidone – neither offers sustained symptom improvement and they are equally dangerous.

Gestational Exposures to Phthalates and Folic Acid, and Autistic Traits in Canadian Children
Boys were affected by the chemical, and folic acid taken during pregnancy was protective.

April
The lifetime social cost of autism: 1990–2029
As the prevalence of childhood developmental conditions continues to skyrocket, more financial articles have appeared (see addenda to The Money Issue in this website). This valuable information is presented in a manner that is meant to highlight areas of improvement.

Vaccines for measles, mumps, rubella, and varicella in children
More studies added to previous studies demonstrating safety and efficacy of MMR inoculations.
Anyone involved with families who are affected by ASD asks, “What are they missing?”

A Cluster of Autism-Associated Variants on X-Linked NLGN4X Functionally Resemble NLGN4Y
Some have noted that this amino acid change may help explain why ASD is more common in boys.

May
Adherence to screening and referral guidelines for autism spectrum disorder in toddlers in pediatric primary care
Pediatricians need to re-examine and assure that at-risk children receive the necessary follow-up to address early problems. The reality is that systemic weaknesses are integral to the issue.

A Phase II Randomized Clinical Trial of the Safety and Efficacy of Intravenous Umbilical Cord Blood Infusion for Treatment of Children with Autism Spectrum Disorder
“Overall, a single infusion of CB was not associated with improved socialization skills or reduced autism symptoms.”

Trajectories of Autism Symptom Severity Change During Early Childhood
The 64 billion dollar question, “Whether my child will get better with time?”
The authors concluded, “… there is the potential for substantial change in autism symptom severity over time. Because the current study had a higher proportion of girls than previous studies, it became evident that girls tend to decrease more and increase less in autism severity than boys over time.”

Etiology of Autism Spectrum Disorders and Autistic Traits Over Time
TheScientist reported on this study, “Environmental Factors Don’t Explain Rise in Autism Prevalence…
A large twin study in Sweden finds genetics has a much larger influence on the odds of an autism diagnosis, and has remained consistent over time.”

Implementation of Advanced Methods for Reproductive Pharmacovigilance in Autism: A Meta-Analysis of the Effects of Prenatal Antidepressant Exposure
“In this meta-analysis, neither psychiatric control nor discordant-sibling designs supported an association between prenatal antidepressant exposure and autism.” As opposed to NUMEROUS other research that implicates maternal psychiatric medications with developmental concerns in the offspring.

June
Reduced sleep pressure in young children with autism
“…the recordings revealed that the brain waves of children with autism are, on average, 25% weaker (shallower) than those of typically developing children, indicating that they have trouble entering deep sleep—the most critical aspect of achieving a restful and rejuvenating sleep experience.”

Multivariate Neural Connectivity Patterns in Early Infancy Predict Later Autism Symptoms
“… babies who have unusually high or low synchrony between certain brain waves — as measured by electroencephalography (EEG) — at 3 months old tend to score high on a standardized scale of autism-linked behaviors when they are 18 months old.” Performing the EEG may present some challenges, however.

Estimated Prevalence of Asthma in US Children With Developmental Disabilities
Increased incidence of asthma. A commonly observed factor of auto-immunity in ASD patients.
Pediatricians should check for asthma in developmentally challenged patients and check for development in those with asthma.

July
Genome-wide detection of tandem DNA repeats that are expanded in autism
Rare circumstances of large areas of involvement were associated with increasing symptomatology. “Our results show that tandem DNA repeat expansions contribute strongly to the genetic aetiology and phenotypic complexity of ASD.”

August
A multidimensional precision medicine approach identifies an autism subtype characterized by dyslipidemia
Clinically, we find many cases of high cholesterol, some of low cholesterol, and many children with Vitamin D3 deficiency (an analogue). This addressable condition should be explored by all pediatricians caring for patients ‘on the spectrum.

September
Gastrointestinal problems are associated with increased repetitive behaviors but not social communication difficulties in young children with autism spectrum disorders
It doesn’t feel like these challenges are mutually exclusive. Addressing gut health can’t help but improve communication, as well.

A Genotype-Phenotype Study of High-Resolution FMR1 Nucleic Acid and Protein Analyses in Fragile X Patients with Neurobehavioral Assessments
A protein related to Fragile X syndrome (a known, genetic cause of autistic signs and symptoms) that can be measured by cheek swab, and has a relationship with severity of symptoms in ASD patients. Helpful for diagnosis and possibly to follow treatment.

Antiseizure medication use during pregnancy and risk of ASD and ADHD in children
Lamotrigine (Lamictal) was safer than valproic acid (Depakote).

Exons as units of phenotypic impact for truncating mutations in autism
Interruption in the section of a gene that codes for an expressed protein was identified as a common and predictive factor in signs and symptoms.

Pathogenic Yield of Genetic Testing in Autism Spectrum Disorder
When the professional declares that, “You don’t need that chromosome test!”

Maternal Influenza A(H1N1) Immunization During Pregnancy and Risk for Autism Spectrum Disorder in Offspring
No worries. It’s safe for pregnant women. Not recommended under 6 months, so… the fetus is more resistant to adverse effects ??

November
Longitudinal Evaluation of Cerebral Growth Across Childhood in Boys and Girls with Autism Spectrum Disorder
Gray/White matter ratio and brain size were followed in typically-developing vs. children with ASD and reported in this small study. According to one of the authors, “… unlike most other studies, this one includes children with significant intellectual disabilities. These were the children who tended to have the “big brain” form of autism.”

Prolonged Auditory Brainstem Response in Universal Hearing Screening of Newborns with Autism Spectrum Disorder
By re-reviewing newborn hearing tests, it may be possible to predict later developmental delays. In process.

December
Novel Prefrontal Synthesis Intervention Improves Language in Children with Autism
A startup company associated with respected academic institutions, “has developed a highly innovative adaptive language therapy application for children with autism, Mental Imagery Therapy for Autism (MITA). In a 3-year clinical study of 6,454 children with autism, children who engaged with MITA showed 2.2-fold greater language improvement than children with similar initial evaluations.” Think of it as S&L on steroids.

Trajectories in Symptoms of Autism and Cognitive Ability in Autism From Childhood to Adult Life: Findings From a Longitudinal Epidemiological Cohort
So much for the ‘stability’ and predictability of IQ testing. Reliance of verbal communication improves over age – so what does that tell us about the exam?

Conclusions
Some families have complained that the provided links are too scientifically dense for ‘routine’ understanding. That is precisely my point. These are the types of articles that I rely upon in order to make the best decisions about how to proceed in such uncharted waters. Correctly diagnosing and addressing child development is a complicated subject that ought to presume a pretty thorough knowledge of the basic science plus the ‘Ten Thousand’ hours that serious endeavors require.

If we can just hang in there a bit longer, perhaps the news about breakthroughs in autism diagnosis and treatment will outnumber stories about the infectious pandemic.