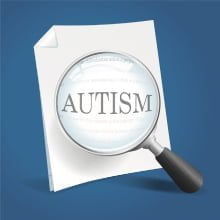 A key piece of the autism puzzle appears to have been confirmed in an article published this week in the Public Library of Science Open Access Journal, Computational Biology. The title of the article is Classification and adaptive behavior prediction of children with autism spectrum disorder based upon multivariate data analysis of markers of oxidative stress and DNA methylation.

The news has already been reported in popular media as “A Blood Test for Autism“. Here is my clinical interpretation.

The Study
The data was collected from patients in previous studies, and included 83 children, aged 3-10 years, with ASD. Utilizing very dense, complicated statistics that were based on biochemical laboratory data, researchers identified neurotypical vs. autistic individuals, who already had the diagnosis, based on conventional developmental testing.

The chosen pathways evaluated abnormalities in methylation, an epigenetic function, and detoxification.

Discussion
Contrary to what the headlines proclaim, this is not a single test; it’s research material that is based on a number of not-yet-readily-available laboratory findings.

The biomarkers represent a final common pathway, not necessarily a cause. Although the data correlated with autism ‘scores’, it really wasn’t meant to discriminate for the various kinds of developmental challenges, such as those children who are mostly aggressive, immune, apraxic, or suffer gastrointestinal abnormalities.

Such an analysis begs the question, “Can it be used for prospective improvement – to follow course of the condition?”

Conclusion
The modern epidemic of childhood autism is extremely complicated and difficult to pin down for research purposes. This study renders a modern means to evaluate a myriad of variables. The metabolic pathways under scrutiny represent a confirmation of the roles of genes and toxins.

As with other ‘earliest diagnosis’ studies, this paper serves to solidify the concept that earlier diagnosis should lead to earlier interventions, with improved outcomes.

For those of us who are practicing ‘alternative’ medicine, it is comforting to rediscover that the treatments included in our modern arsenal of biomedical protocols are consistent with these findings.