The Importance of Genetic Testing for Autism

Although ASD patients share common signs, such as speech apraxia, repetitive behaviors, and social isolation, the wide range of differences in their personalities and abilities demands exploration, as well. The answers will require a better understanding of our genes, which are the most basic building blocks of structure, function, and subsequent behaviors.

Copy Number Variation (CNV)
It’s 2016. The human genome has been mapped, and is even available online. During fetal early infant development, as cells divide and grow, tiny pieces of a chromosome may be missing, duplicated, inverted or transposed.

Genes exist on chromosomes, so variations in the ‘normal’ pattern, could certainly explain alterations in development. Abnormalities help identify susceptible individuals in our toxic environment.

A ‘chromosomal microarray’ test has frequently been part of the work-up for autism, as doctors searched for ‘Fragile X’ syndrome, which had been believed to be the most common genetic cause. That is old-fashioned thinking, and problems with the other 45 chromosomes are ubiquitous. If your child has had this ‘lab’ in the past, have it reviewed by a competent, modern genetic expert. If the child hasn’t had one, it is the best initial evaluation, and much more likely to yield useful information than an MRI or EEG.

Gene Testing
This represents an analysis of sections on chromosomes that code for specific products. There now exists the technology to identify many possible gene candidates for autism, with more appearing every year. Results serve as state-of-the-art information to identify certain patients who have significant deviations from typical development.

This examination can be particularly important with the 20% – to – 60+% of cases of ASD associated with some type of convulsion. Patients are often diagnosed with idiopathic epilepsy, which is merely doctor-speak for seizures of unknown origin.

The high cost of such laboratory examinations precludes routine use. However, companies are aware of such limitations, and seem to do a good job of assisting families overcome this obstacle, especially in those patients who demonstrate extreme problems. 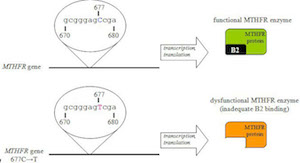 Single Nucleotide Polymorphisms (SNPs or ‘snips’)
At an even more granular level are regional changes within genes. Such chemical variations are common in the population and can explain individual differences. Even a single alteration in the composition of DNA may explain why one person is able to detoxify while another is not. It even becomes more complicated as we examine how changes in one area affect expression in another region.

A common example in autism is the variation that occurs in the MTHFR genes that code for the enzyme that activates folic acid (to tetra-hydro-methyl-folate). This is one of the few useful ASD findings from the popular test, 23&me.

Discussion – What good is this information?
Even today, results can detect situations in which potential treatments and avoidance of unnecessary pursuits are elucidated. The polarizing questions of whether/when/who/which vaccinations could effect the incidence of autism might even be more clearly understood, from this point of view.

The additional knowledge from such testing yields more information about future development, including risks of other conditions, such as thyroid, heart disease or cancer.

In extreme cases, the information may help guide decisions about future offspring or screening of other family members.

Importantly, the lack of a measurable abnormality may motivate a family to attempt conventional and alternative treatments with even more vigor.

Conclusions
We cannot let the insurance companies slide on this one. They are the ones who stand to save the most; although at present they see no tangible reduction, because they aren’t adequately paying for necessary services in the first place.

Rather than give up hope, such additional information should provide even more incentive to explore treatment for ASD patients.

Our better understanding will lead to more targeted and therefore effective protocols for this modern epidemic.