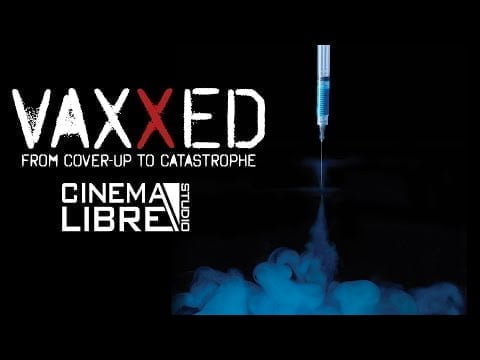 I am not against childhood vaccinations.

I have expressed that opinion in more than a few blogposts. Nonetheless, it appears that more information is needed, and controversies must be addressed, before the gods of modern medicine can simply dismiss the thousands of parents who feel that their child developed autism shortly after one of the childhood inoculations.

This week, at the Autism Summit, Jenny McCarthy expressed that same opinion in her opening video, and throughout the panel discussion. Frankly, I would not have even written this story if there wasn’t a controversy when an Express-News reporter was prevented from attending the conference. He wrote, “The summit is being put on by Generation Rescue, a non-profit led by Jenny McCarthy, an anti-vaccine activist.”

One of the panelists was San Antonio area District Attorney, Nico LaHood. “In a promotional video filmed in his office, LaHood said “vaccines can and do cause autism,” and has made clear he doesn’t accept scientific evidence as proof to the contrary.” Another celebrity was Del Bigtree, the producer of Vaxxed.

So, I paid my four bucks, and watched the movie. Del Bigtree presents a compelling story surrounding the information supplied by CDC whistleblower, William Thompson, who claims that data that would have implicated vaccinations as a cause of autism was altered, so that the MMR would appear safe.

There is a fair amount of anecdotal and perhaps, overly dramatic presentations of individual case histories, which will turn off the ‘real’ scientists. Mr. Bigtree describes that as the conundrum as we, “…study the disconnect between science and parents.”

Dr. Doreen Granpeesheh, founder of CARD, appears as a credible expert. A nobel prize winner weighs in, adding validity to the story. After reviewing the data, a traditional pediatrician and family practitioner seem truly amazed – and changed their opinion about the safety studies. Cool, calm, and well-spoken, Wakefield looks to be anything but a raving zealot. His conclusion is that if the MMR were separated, that would be best solution and the issue of ‘herd immunity’ would not be breached.

I’m not against childhood vaccinations.
Hillary has declared, “The sky is blue and vaccinations work.” She doesn’t know, for sure, if they are safe for all, however. Why deliver an increasing number of antigens to an immature immune system? Why do we have a vaccine compensation fund? Why does the package insert say ‘seizures‘?

If such a movie only adds fuel to the fire, why not just refute the questions that are raised with a prospective, randomized, double blind study, considered to be the gold standard for proving efficacy and safety? Rather, people who even view the film are marginalized and considered kooky, conspiratorist, poorly informed, and ignorant.

The movie is considered to be the problem. Andrew Wakefield is the problem. Leo Kanner, a Freudian from the first half of the last century, assigned the diagnosis to the realm of psychiatry. Bruno Bettleheim, a media darling at the time, popularized the ‘refrigerator mom’ theory that persisted for another 30 years. We are still arguing if there even IS an epidemic. There is plenty of blame to go around regarding our confusion about this mysterious illness.

I’m old enough to have experienced neighbors, relatives and patients who have suffered serious consequences from childhood diseases, such as polio, measles, and congenital rubella. Furthermore, I am aware of the mountain of ‘scientific evidence’ that documents a lack of association to Autism Spectrum Disorder. In my own practice, the majority of parents do not feel that vaccines caused their child’s autism, and there are many children with ASD who never received any inoculation.

However, great concern is raised when there are stories, such as the mismanagement of vaccines in public clinics, and issues with government oversight connected to Big Pharma (documented in this movie).

This is one of the most polarizing issues that impedes real progress in our understanding of the epidemic of childhood autism. In the present circumstance, perhaps it was the fault of the conference organizers, not allowing a possibly negative story to emerge. This highlights the need for both sides to step back and listen to each other in order to uncover the truth.

Finally, I want to document that, I’m not against childhood vaccinations.