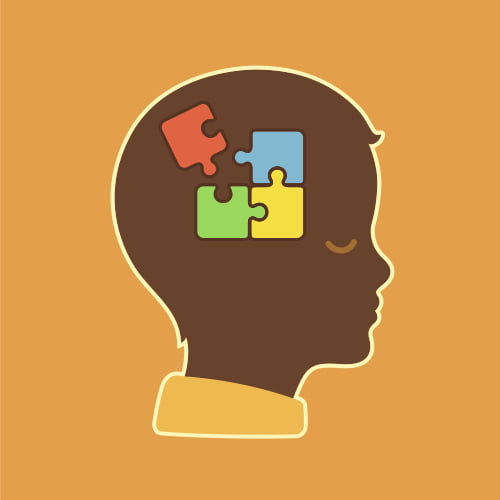 Tryptophan, which is a naturally occurring amino acid (a protein building block), has been found to be an effective treatment for several of the signs and symptoms of autism.

According to SelfNutritionData, the food that is highest in tryptophan is a particular species of Sea Lion*, followed by game meat and seaweed. Foods that we actually eat include spinach, fish and eggs. Milk is way down on the list. And, duck contains more than turkey.

Furthermore, as noted by WebMD, when taken in food, “Tryptophan has to compete with all these other amino acids. It waits in line to get through the blood-brain barrier and very little of it makes it across.” 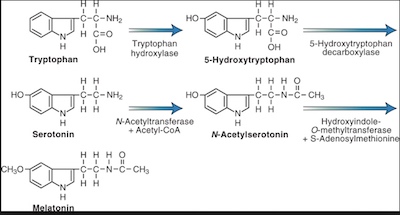 Research
A 1984 study about levels in autistic patients reported, “The blood serotonin level was significantly higher in autistic children than in normal control subjects… results suggest that autistic children have some defect in tryptophan-serotonin metabolism in the brain, which is responsible for the clinical manifestations and behavioral abnormalities of infantile autism.”

Following that, researchers who measured whole blood serotonin and tryptophan in ASD vs. neurotypical patients suggested, “… the possibility that increased gut production of 5-HT might cause…” elevated levels in the autistic population.

Subsequent researchers noted that their results, “… suggest that a low brain tryptophan availability… could be one of the possible mechanisms involved in the alteration of serotonergic function in autism.” Another paper concluded, “These serotonergic abnormalities in a brain pathway, important for language production and sensory integration, may represent one mechanism underlying the pathophysiology of autism.”

There is even evidence that suggests,”…the presence of a susceptibility mutation in the TDO2 or a nearby gene…” Recently, researchers wrote in Molecular Autism, “… decreased tryptophan metabolism may alter brain development, neuroimmune activity and mitochondrial function. Our finding of decreased tryptophan metabolism appears to provide a unifying biochemical basis for ASDs and perhaps an initial step in the development of a diagnostic assay for ASDs.”

Clinical Experience
To achieve higher CNS levels, it seems reasonable to administer 5-hyroxytryptophan (shown in the figure), which is available as a natural supplement. Using 5-HTP seems preferable, since there could potentially be a block at the first step. The dose varies from <50mg to 200mg per dose, and frequency may be up to 3 times per day. Obviously, administration depends on the individual patient’s age, size, diagnoses, etc.

Parents frequently report that melatonin shortens sleep latency (the time that it takes to fall asleep), but nighttime awakening can occur. By adding 5-HTP before bedtime, conversion to melatonin helps maintain sounder sleep.

Often, families observe that anxiety and subsequent frustration leading to aggression can be better controlled by administering this supplement on a daily basis.

Likewise, more focus and attention may accompany administration of tryptophan, making it one of the more commonly prescribed supplements in the ASD toolbox.

Side effects
As noted in the figure, one of the metabolites is melatonin, which influences sleep. Parents who notice that the child becomes less active or lethargic can simply lower the dose or frequency in order to mitigate that effect.

Patients who take SSRIs (prozac, etc.) may experience an exaggerated response. Therefore, caution is warranted in such individuals. Interestingly, this effect is sometimes useful when attempting to wean children off of those pharmaceutical preparations.

Rarely, individuals experiencing signs and symptoms of ASD actually get more hyperactive when taking this supplement. It’s difficult to understand this phenomenon, but by discontinuing the tryptophan, there is return to the previous state.

Conclusion
The experience of many parents has been positive, and this supplement has become a mainstay of biomedical intervention. My advice is to give it a try, about 1/2 hour prior to a high-anxiety event, such as church, a shopping mall, or restaurant, for example**.

**As in all things dealing with ASD and medical intervention, be sure to check with your physician prior to administering any supplement to your child.