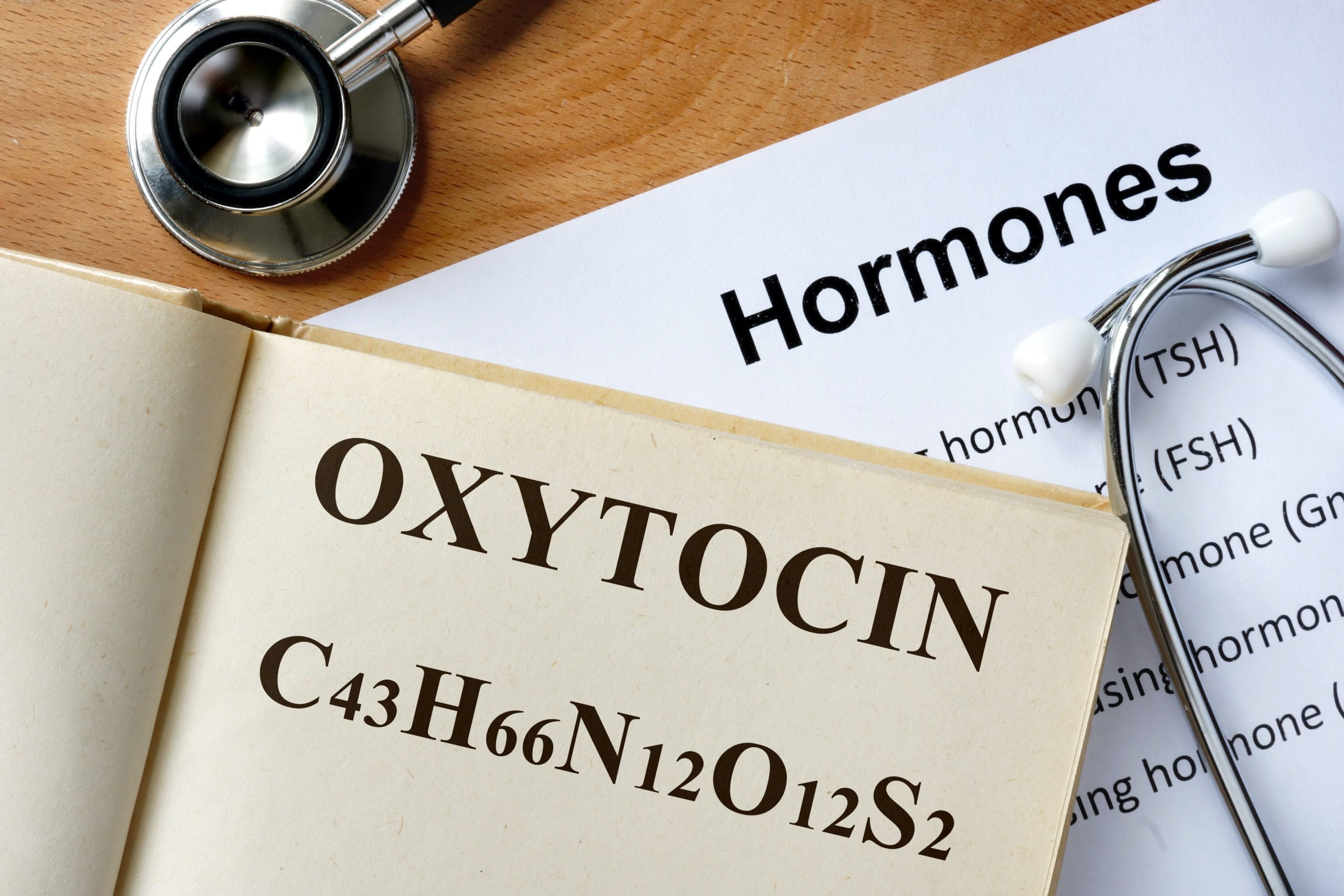 For the past couple of decades, oxytocin – ‘the love hormone’ – has been postulated as a possible remedy to the social deficits associated with ASD. TheAutismDoctor has previously reviewed the use of this peptide, released by the pituitary gland, which is located in the center of our brain. Animal models to determine value have shown promise, however, the experience in human subjects has met with mixed results.

This Newest Study, published in Molecular Psychiatry, claims to be “the first clinical trial to support the potential of oxytocin as an early intervention for young children with autism to help improve social interaction deficits.”

10/2015 The effect of oxytocin nasal spray on social interaction deficits observed in young children with autism: a randomized clinical crossover trial
Thirty-one children with autism received …oxytocin and placebo nasal spray morning and night… for 5 weeks, with a 4-week washout period between each treatment. Compared with placebo, oxytocin led to significant improvements on the primary outcome of caregiver-rated social responsiveness. Overall, nasal spray was well tolerated, and the most common reported adverse events were thirst, urination and constipation.

04/2015  Salivary Oxytocin Concentrations in Seven Boys with Autism Spectrum Disorder Received Massage from Their Mothers: A Pilot Study
Seven male children with autism spectrum disorder (ASD), aged 8–12 years… were assigned to receive touch therapy During the period of massage therapy, the children and mothers exhibited higher oxytocin concentrations compared to those during the non-massage period.

12/2015 (in progress) Oxytocin enhances orienting to social information in a selective group of high-functioning male adults with autism spectrum disorder
Individual differences in stress-related avoidance tendencies should be taken into account when considering OXT as a treatment of social deficiencies in autism.

Experience at The Child Development Center of America

This peptide hormone can be rapidly digested in the gut, so intranasal spray is felt to be more reliable and likely to act directly on the brain. Any parent of a sensory child is aware of the difficulty administering a nasal spray. The kids run for the hills! So, a sublingual preparation, available by prescription from a specialized pharmacy, has been a mainstay.

♥ Of the scores of patients who have tried the product, only 3 parents continue to administer the substance. Those few report improved eye contact and focus, and give it once per day, in the morning.

♥ The most common reaction is, “It didn’t make any difference,” or that any improvement wasn’t worth $80-$160 per month.

♥ A few parents have reported transient agitation or worsening of aggression, and discontinued treatment.

♥ One male, teenage patient had a negative psychological reaction that lasted for months, according to the mother. It was very disturbing that we weren’t able to predict this extreme reaction, nor the extended time to recovery.

Conclusions
More clinical experience will lead to improved knowledge about efficacy and safety. Hopefully, doctors will better identify those candidates who are most prone to exhibit positive responses.

Oxytocin therapy may be worth a try in selected patients. The practitioner should be knowledgable and experienced about biomedical intervention. A thorough explanation of the risks and the benefits should be presented and documented. Due to the lack of solid evidence, close follow-up is warranted.

Low levels of hormone linked to social deficit in autism