A Brief Discussion of Mitochondrial Function and Autism

Previously only of interest to researchers and a few doctors, this topic has become a popular subject to families of children affected with signs and symptoms that are grouped as Autism Spectrum Disorder. 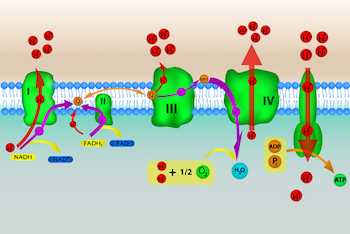 The amount of information is dense, complicated by the myriad of bodily processes that are involved. Genetics, energy production, chemical reactions, membrane potentials and movement along the electron transport chain are basic to the understanding of these cellular organelles, called mitochondria.

Learning normal cell anatomy and function is a prerequisite to understanding what can go wrong and why.

There are discrete diseases of mitochondria, in which the specific steps involved in making energy don’t perform correctly. Additionally, there are numerous conditions caused, or exacerbated by, mitochondria functioning in some imperfect fashion, including autism.

Considering that mitochondria are the cells’ batteries, suboptimal functioning results in symptoms that reflect the particular organs that are affected.

Poor motility in the smooth muscles in the gut, e.g., could lead to reflux, or constipation and possible yeast overgrowth.

Weakness in the skeletal muscles may lead to poor core tone, developmental delays such as unusual or absent crawling, and eventually strength and energy as well.

Organs, such as the liver, that detoxify and so require a great deal of energy would not function optimally. A vicious cycle could ensue, as power stores become even more taxed. Additional potentially harmful substances would likely be less tolerated.

Throughout the nervous system, constant communication is necessary for proper perception. Affected individuals could exhibit various unusual sensory issues. Likewise, perhaps, there might be disturbances of motor function leading to atypical movements.

Poor energy function in the brain, which has to manufacture and reabsorb neurotransmitters, make electricity, grow new brain and prune the older, may lead to difficulty processing signals; therefore memory or focus would appear inadequate.

Diagnosis
With an increased index of suspicion after a thorough history and physical examination (including the family history and review of systems – other than the chief complaint), a physician may decide whether to pursue laboratory and other appropriate testing.

Treatments
Specific mitochondrial diseases are best addressed with diet and necessary medication, depending on the primary signs and symptoms and the affected organs.
In patients with ASD, in whom research has demonstrated low reduced-to-oxidized glutathione levels (GSSH/GSH), vitamins and supplements that address that situation, such as methyl B12, folate, SAMe (S-Adenosyl-methionine), cysteine and glutathione have led to improvement.
Mitochondrial ‘cocktails’ and supplements are popular; much of the work has been described here by Dr. Richard Frye.

Conclusion
The complexity of this topic is daunting, with much more research needed by universities and other scientific institutions. Armed with 21st century knowledge about mitochondria, doctors need to learn as much as possible, so that parents don’t have to figure all of this out on their own.