In a recent Wall Street Journal editorial, “The Anti-Vaccination Epidemic”, Dr. Paul I-never-met-a-vaccine-I-didn’t-like Offit whined about the ignorant public, The Wakefield Effect, “fringe” doctors, foolish families and the “inaccurate” media. The subtitle, Whooping cough, mumps and measles are making an alarming comeback, thanks to seriously misguided parents, sums up the position of Dr. He-ain’t-Jonas-Salk.

The mainstream approach to the childhood vaccination-autism controversy is that there is no blame on the part of the ‘experts’ or the doctors who follow the pharmaceutical industry’s dogma. The logic that says,”If you knew how bad those diseases were, you would believe,” doesn’t work on me. I have lived through many previous epidemics.

The major problem is trust. Confidence in the government is at an all-time low. More than half of the population doesn’t trust the FDA. That bureaucracy can’t manage to stop antibiotics in our food, even when there is evidence of negative effects.

The CDC has similar problems. The current whistle-blower incident, involving questionable data inclusion/exclusion affecting an association with MMR and autism in African-American males, hardly discourages vaccine skeptics. Furthermore, the present viral epidemics appear to reinforce public fear about the competence of that prestigious organization. It was media scrutiny that prompted investigators to secure the living quarters of the Texas ebola patient!

How to Improve Vaccine Compliance:

1. It is difficult to believe that an agency has ‘learned from its mistakes’ when they don’t even own up to them. There have been problems in the past. A neurologic illness has been related to some vaccines, and the Swine Flu ‘epidemics’ were debacles. Public trust would best be furthered by declaring, “We understand what happened and those issues are behind us,” if it’s true. If it isn’t, caution is warranted.

2. Pediatricians need to give better advice. Often, the doctor who professes vaccine safety also missed the child’s ASD diagnosis. Parents are not “bad”, “ignorant”, or misinformed. They simply don’t agree, and professionals should be armed with the facts, not paternalistic warnings.

3. Doctors need to listen. A previous sibling or relative with autism is cause for concern. Fevers or illness that followed other vaccinations should be highlighted in the chart, not dismissed. Co-morbidities, such as eczema or asthma need to be controlled, before adding to the immunologic load.

4. Research that challenges the norm warrants evaluation, not immediate dismissal. Instead of proclaiming the autism-vaccination question a dead issue, confidence would be elevated by experts who calmly declare, “That study deserves further attention.”

5. A practitioner’s willingness to agree to an individual family’s reasonable request to adjust the number and frequency of ‘shots’ will be met with more, not less, compliance. Furthermore, kicking an insubordinate family out of the practice is neither ethical nor helpful.

The present strategy of threats and intimidation is not working to decrease the number of families who either choose an alternative schedule, or the risky position of total noncompliance.

Further understanding and kindness is the best prescription for a more successful approach. 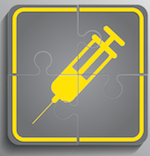