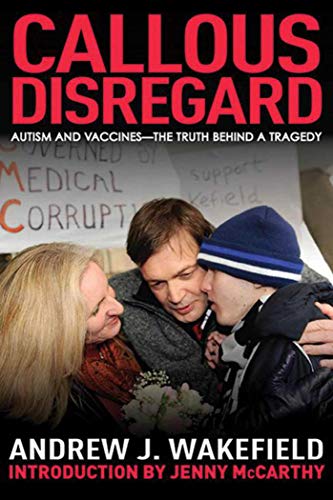 TheAutismDoctor cannot help but weigh in on the recent judge’s reversal of the expulsion of Dr. Walker-Smith, a co-author of the controversial 1998 paper in the British Journal The Lancet, entitled Ileal-lymphoid-nodular hyperplasia, non-specific colitis, and pervasive developmental disorder in children [Early Report]. The popular press has been quick to point out another author, Dr. Andrew Wakefield, as the quack who unnecessarily alarmed the civilized world about vaccine safety. Heck, the media has made British journalist Brian Deer, who spent over 7 years of his life ‘researching’ the story, a hero for uncovering the ‘conspiracy’ and ‘unethical’ goings-on by Dr.W.

Anderson Cooper believes Deer; and pretty much, didn’t allow Dr. Wakefield to complete one entire sentence during their interview.

No Functional Medicine Practitioner is immune from this controversy. I rarely explain my Special Needs Pediatric Practice to lay people or even professionals without being asked the question, “What do you think about that guy in England who got kicked out because he said that the MMR causes autism?” “Have you read the original paper?” I ask. “Are you aware that the title does not even contain the  ‘A’ word!”

As part of a panel discussion at the University of Miami recently, my attempts to point out the absurd events that followed this paper were merely dismissed by the professors, who pointed out: 1) “…that the paper incorrectly described a sequential series of patients” and 2) “… it was followed by studies which have countered Dr. Wakefield’s later findings.” In case anyone cares, the answer to #1 is that it was called a “consecutive series” of patients who happened to visit the medical clinic, not to be confused with mathematical, scientific nomenclature that denotes a stronger causative association. And, anyway, who cares about that? A doc doesn’t get kicked out of the country for that lapse in language. Second, the numerous papers that have not found molecular ‘pieces’ of measles virus in ASD patients provide helpful information. I’m glad that it’s been studied. Is this the Middle Ages? Being wrong does not warrant expulsion, right?

In spite of the British reversal, there will probably be little change in the general public’s present view about Dr. Wakefield. At the time of this posting, a Google Search reveals the most up-to-date outcome of the issue as tenth on the list for “Andrew Wakefield.” The first nine results make him look like either a kook or a criminal. I’ve watched Andrew Wakefield give several medical presentations and he seems sincere, smart, and determined to help ASD patients.

I guess that the reason why I continue to rail about this issue is the time that is being wasted debating the topic. Discussion is one thing; people talk about the facts of a subject and, hopefully, one or both sides develops a more learned theory. This polarization of opinions obscures work on the really necessary steps; to find a cause(s), therapies, cures, and possibly preventions.