Sometimes, I don’t think that I am making a dent

I was speaking to a young, bright, well-trained pediatrician the other night about my experiences helping families of autistic children. Granted, I was representing my belief that there could be iatrogenic causes to some of the diseases we are now seeing. When faced with the thought that you, the doctor, might be the cause of a child’s problems, umm… well, you know what they say about “de Nile”. So, this intelligent physician’s eyes were rolling really far back in her head, and I thought, “What’s happened here? Isn’t it the younger generation who are supposed to be the rebels and the “questioners” (in George Bush parlance)?” I’m an old fogey, and I’m trying to point out that the modern world might contain toxins that are setting an unhealthy stage, and we doctors have piled on a bunch of immune “boosters”, and symptomatic salves, and there is this potentially autoimmune infantile disease epidemic and… and…

In the last 6 month’s of the American Academy of Pediatrics journal there were 23 articles about prematurity (~12% actual reported incidence). There were 5 articles about childhood obesity (~17% incidence cited) and 3 original papers concerning autism (>1% according to latest CDC data). How can a young physician say, “Well, I’m going to have to read more about that,” referring to my “stuff” (as if all of this is merely MY personal issue), if there is practically nothing to read? Yikes, am I the only one here? How do WE convince the up-and-coming medical establishment to think outside the bagel? Let’s see some more intellectual curiosity.

If you care to learn more about this emerging epidemic, you’re going to have to 1) search for other literature, 2) learn from successful practitioners, 3) investigate what resources are available, including the costs and the success rates and 4) really listen to your parents of affected children, not just dismiss their observations.

As is common with medical conditions, the patients’ behaviors affect the situation. No doubt there are opportunity costs as a family decides to go more “natural”, but the alternative (eating junk that may lead to health problems) is really just too risky. Take a look at EVERYTHING that we are doing to our bodies and ask, “Is this tasty treat really safe? Is a lot of it bad for me or my kids?” I am an old pediatrician, but I believe age has granted me wisdom and that it is my duty to pass it on. Read the f***ing label and have some idea what you are putting into your system! If you see the word “artificial” what do you think that it means? Did I make myself clear?

Let’s say that a pregnant woman has x amount of toxin in her body, and she passes x-y amount to the fetus and that fetus can handle that amount. But then, the child gets some antibiotics for some unnecessary reason, and then some vaccine materials and then the natural cold or two (God forbid, we can’t prevent everything). So, the child is faced with x-y+z (= ohno) amount of toxin. Now, he’s a boy, so he doesn’t handle ohno so well (it takes “ohno + a” for girls) and his immune system starts to overreact. When the trigger gets pulled – by an illness, or a toxin – he regresses in speech and language and contact with the outside world as his immune system takes over energy demands. That scenario could represent one form of ASD, the regressive kind.

Or, consider the pregnant woman who passes on x-y toxins to the fetus who can’t handle that load (representing a slightly different genetic background). In her child, x-y = ohno. Maybe, developmental milestones are affected, such as crawling and walking. The body’s G-I apparatus does all that it can to eliminate harmful products, and the child exhibits frequent formula intolerance, GERD and possibly secondary ear infections, diarrhea or constipation. Add a few more toxins (ohno+?) and that system is really overloaded. Perhaps, the presentation could be a different version of autism, the congenital kind.

The reason that there are so many parents’ groups supporting autism and research is that the medical community continues to experience pattern blindness about ASD. The reason that there are so many non-MD practitioners is because the MDs don’t think that there is much that can be done. Moreover, we are ALL responsible for these decisions to poison ourselves and our children. Don’t just blame the government if your kid eats artificially colored and flavored chips all day and swigs sugar-laced fluorescent drinks (or you do). Don’t blame doctors who are trying to save us all from known, terribly tragic and preventable diseases. Don’t simply blame the modern world. We have a brain, and we can see for ourselves that we are being poisoned, and we do have a choice.

I am just asking, “Yo, where are you, young Dr. Kildare?” 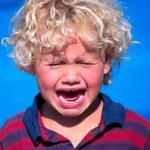