Our second day of lectures began with introductions by Dr. Martha Herbert, who also briefly went over her integrative model of autism as: the result of genetic and environmental interactions, a chronic condition with reversibility, and a whole-body disorder. She is probably one of the preeminent autism researchers in the world and her work has already changed conventional thinking. 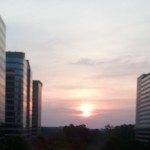 Dr. Bernard (“Bernie”) Weiss gave a passionate lecture about his life-long research concerning toxins in our environment. Dr. Weiss pointed out the huge shortcomings that exist when the only outcome of a toxic exposure is death or identifiable diseases. He pointed out that more subtle effects, such as developmental problems or later onset disease are missed. Therefore, tested chemicals are not considered toxic and no longer scrutinized. He then detailed the problems with lead – such as the fact that “toxic” levels have become a moving target, and mercury (notwithstanding the thimerosal problem), including the effects from low dose prenatal exposure. Next, exposure to pesticides was covered, and evidence presented about how even low levels can produce detrimental effects in young children (due their “hand-to-mouth” existence). Dr. Weiss presented the relative resiliency of girls as opposed to boys who do not seem to carry toxic burdens as well (ya think?). That problem can also be seen with phthalates (plasticizers) and bisphenol A in flame retardants and just about everything else that is man-made. Food coloring was the next culprit highlighted, especially as it relates to the epidemic of ADHD affected children. Dr. Weiss expressed his concerns that industry is experimenting on us, instead of us experimenting on their products first.

The following lecture, Minding the Calcium Store: Ca2+ Signaling Dysfunction as a Convergent Mechanism Contributing to Environmentally Triggered Disorders, was presented by Dr. Isaac Pessah, from the University of California’s MIND Institute. He spoke about “susceptibility” genes leading to a common expression (say, Autism), but arrived at through different mechanisms of harm. Dr. Pessah stressed the importance of calcium “channels” within, between, and among cells that are disrupted when toxins are present, even in very low levels. Furthermore, several slides were shown demonstrating the abnormal neuronal structures that develop in the face of (even very low) levels of polychlorinated biphenols (PCBs – insecticides), which leads to an imbalance in the central nervous system between excitatory (too many) and inhibitory (too few) fibers. As in earlier talks, the ability of the mitochondria to function efficiently may be determined genetically, but it appears to take an environmental trigger to get energy production going in the wrong direction.

Then, Dr. Rodney Dietert presented Environmental Risk Factors in the Developing Immune System. He uses the term “Developmental Immunotoxicity” and warns about the dangers of our ignorance when mixtures of pollutants combine to wreak cellular havoc, especially in developing systems. Of the many adverse outcomes, Dr. Dietert blames “misregulated” inflammation leading to inflammatory disease and tissue destruction. There were several slides depicting the possible timing of a toxic insult and then eventual outcomes, which may or not be apparent until many years later.  Throughout his lecture, there were frequent references to asthma and diabetes as more concrete examples of an immune system gone awry, so that, in later years, there may even be new immune dysfunctions that appear. This implies that it is the pediatrician’s job to be wary of such disorders so that prevention of obesity, for example has immediate and life long effects.

The final lecture of the series was an optimistic view of the future, Autism is Treatable: Perspectives on Recovery by Ken Bock, a clinician who is mentioned many times throughout this website. I didn’t get to actually hear his presentation, but in his outline, Dr. Bock highlights the difference between recovery (return to a previous or “normal” state) and remission (periods of less symptomatology). Unfavorable predictors were the presence of seizure activity, “real” mental retardation, and genetic syndromes. The best predictors of recovery (3-25% of patients lose their diagnosis) were: age of diagnosis and treatment, IQ at the time of diagnosis, language at the time of diagnosis, motor development, and the “triggers” such as genetic susceptibility and complications in other body systems. Finally, Dr. Bock writes about the residual challenges of normal cognitive, social and emotional functioning and the need to continue to study these patients.

Has this conference been worth the time and energy? Absolutely! First, there is the networking. When I was a neonatologist, I could speak to any of a dozen or more colleagues on an important topic at a moment’s notice. Now, there are so few doctors performing these kinds of services, I need to show up at these conferences just to make sure that I’m not the only one, using MY protocols, with MY outcomes. Second, I get to actually meet and speak with the researchers and professionals in this field who are making the discoveries that I wish to know about and utilize on my patient population. Heck, I even got to eat dinner last night with Martha Herbert. And, she laughed at my jokes! These doctors have unique perspectives on the autism epidemic, and this is the venue where they can share their thoughts, not just what gets put into print. I also get to visit the booths where the products and services which our patients may require can be discussed and sampled (especially the free samples). Finally, and most importantly, I get to meet the families and patients who are affected by ASD. Older ones, families with 4 affected children, parents whose children are young and old. I get to hear about their experience and try to apply that to my patients so that I can bring state of the art diagnosis and treatment to our little clinic in Weston.