A Mom’s Journey with Autism 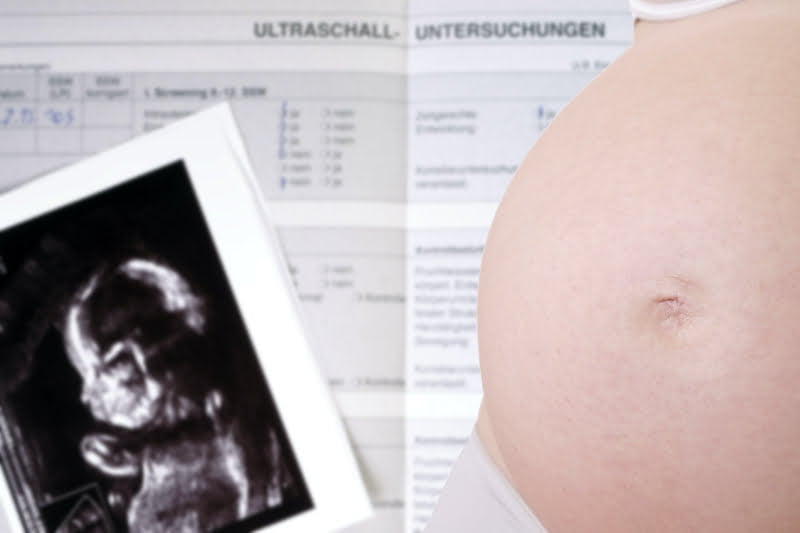 I have the most wonderful pediatric practice and my patients are always helping me to be a better doctor. Here is one Mom’s story of courage and determination that might help other parents keep the faith:

He came to us on a Tuesday, slowly and painfully easing his way into the world just after the new year. When the doctor placed Benjamin on my belly I felt that we had finally done it… after several miscarriages and several visits to the fertility specialist, we finally had our baby. I felt lighter, could breathe more easily, and for a moment, believed that all was right with the world.

Little did I know that the problems we previously encountered were nothing compared to the long, uncharted road that we were about to travel.

The first week or so flew by in tranquil bliss. Just as I was getting used to the mom thing, Benji awoke from his newborn slumber with relentless crying. My pediatrician suggested that Benji was a cranky baby who might grow up to be a CEO someday and perhaps I was a nervous first time mom. This definitely wasn’t what I imagined motherhood to be like and all of the other new moms around me didn’t appear to have half the trouble I did. The only time Benji was at peace was when he was being held and rocked which was tiring for anyone to manage; it was exhausting for this sleep-deprived, hormonal new mom.

Nothing about being Benji’s mom was ever easy again. My instincts told me that something was wrong, really wrong.

The days rolled into the nights and I quickly began to dread getting up in the morning. I couldn’t take him anywhere since the car made him cry, noises made him cry and most people made him cry also. I felt so alone. In my darkest moments, I wondered why I had been so desperate to have a child.

Milestones were extremely traumatic. Nothing came easily. Benji spent what seemed like months trying to get his hands and legs to move in sync in order to crawl. He was frustrated and cranky much of his waking hours. After months of practice, Benji finally crawled…it was backward, but at least he moved! Learning to walk was equally perplexing. It started with an odd maneuver to reach a standing position…instead of using his hands or arms to help him stand up, Benji propelled himself to a standing position using his knees.  Within a few days, he took his first steps. I was elated! Benji was only 13 months and he was able to walk! The strange part was that he didn’t, rather he wouldn’t move unless a familiar adult held his hand.

Whenever we saw our pediatrician, I tried to voice my concerns that Benji seemed different than other kids. He cried more, played less and was not as curious as the other babies at music and gym class. He tried and tried to pick up small pieces of food off his high chair, but just couldn’t seem to get his fingers to work together. He didn’t laugh or smile when I tried to engage him in a game of peek-a-boo.  Communication came in the form of cries, grunts and one word, “hey.” Unlike his peers, he didn’t point or use the words “mama or dada.”

Despite our pediatrician’s assurances that Benji was developing fine, my instincts told me something wasn’t right.

Acting on my hunch

One night he jumped out of his crib. Lots of toddlers do this, so I wasn’t that upset that he jumped out… I was more alarmed by his reaction. Instead of being excited or thrilled by his ability to escape, his fear was overwhelming. I knew that his reaction was “over the top.” I picked him up from the floor and he was hysterical, then vomited all over me. That is the same thing he did every time we went to the doctor.

Benji’s crib escape finally made me act upon my hunch that something wasn’t right. The next morning I called several moms looking for someone who might be able to make sense of my baby’s strange behaviors. Several people recommended a “play therapist.” We saw her the next day. Benji spent the entire session with her crying.

She sent me home with a book, The Out of Sync Child, Carol Kranowitz. As I read the book, I felt defensive. I thought, this isn’t my child:

-Feels uncomfortable in own body,

In reality, for example, socks, collared shirts, and bathing suits were all sensory triggers for him. Even though I didn’t want to acknowledge it, when the words where right there in front of me I knew they accurately described my child.

Starting on a long, scary journey

By the time he was 20 months old, Benji was working with an occupational and a speech therapist. After a year of this, he still wasn’t talking but finally decided to let go of my hand and walk independently.

There were people all around me, but I never felt so alone. To me it seemed that every other family I knew had a different experience than we did. Their kids were talking and liked to be with others. Their kids didn’t scream in fear when an electronic cart in the grocery store beeped before backing up. Their kids played with toys instead of throwing them or trying to spin them.

The more therapies we added to our schedule, the more apparent it became that Benji’s problems were real and significant. I was stressed and tense all of the time.  Not only was I beginning to understand what Benji couldn’t do that he should have been able to do – according to all of the milestone charts from our therapists; I also spent an inordinate amount of time trying to keep Benji calm enough to take in what we were working on.

He was two and a half years old and couldn’t say a word.

He still didn’t play with toys as they were intended.

He still couldn’t point his finger.

He couldn’t stay focused for more than a few seconds and most noticeable of all was that he didn’t look at other people when attempting to communicate.

The speech teacher went on to say that she thought she wasn’t meeting Benji’s needs and referred us to another speech pathologist who specialized in dealing with more severe issues. All I kept thinking was, not only did I lack the tools to deal with my child, even the professionals seemed to be giving up.

I was fighting back tears as I called the new therapist, Ms. Donna, the following morning. I was a shell of the person I’d been prior to giving birth to this puzzling little boy. My friends couldn’t understand what it felt like to have a child who wasn’t progressing. I only had one real mommy friend, who remained my friend and believed there was hope for my son, even when I didn’t. It’s funny, when a child has cancer or diabetes, family friends prepare meals, send gifts and do things to ease the family’s stress. When a child has autism, all but a few true friends drift away – uncomfortably – and stay away.

After only a few sessions, Ms. Donna was able to help Benji use a couple of word approximations. Unlike me, Ms. Donna was so positive. She always had a smile on her face and never once doubted that Benji would talk. I started to look forward to the days we saw Ms. Donna. Over the course of that year, Ms. Donna reached Benji, and he finally began to talk. For the first time since Benji was a newborn, I felt hope. Ms. Donna helped me to see that things could always get better.

Hearing Benji talk was a huge relief, but so many elements of Benji’s development still weren’t right. Although we were yet to have a formal diagnosis, deep down we knew that Benji was on the spectrum. Still, we pressed on and kept fighting for Benji to improve and to learn to feel more comfortable both in the world and in his own skin.

With a renewed sense of hope, I began to look into other treatments available for children with autism, in addition to speech and occupational therapy. We started with listening therapies, tried movement therapy and sent Benji to a therapeutic preschool. After meeting Dr. Udell, we tried a gluten free diet, B12 shots, OSR and a cocktail of caffeine and pycnogenol. ABA therapy, cranial-sacral therapy, and the Masgutova method were next on our list.  If it was out there, well researched and wouldn’t cause harm to our son, we gave it a try.

The more progress I saw, the more encouraged I felt. Most of the therapies helped a little. Some seemed to make a big difference, such as putting him on a gluten free diet. In a matter of weeks, Benji went from living in a constant fog to having more and more periods of clarity and awareness. He also began to eat foods other than cereal bars and chicken nuggets. All of a sudden, we didn’t need to bring food everywhere we went!

Last summer, Benji caught me off guard when he said, “Mommy, you fixed all of my problems except teaching me how to make friends. Can you find me a person to do that?”

I was astounded. Benji was becoming self-aware. Suddenly, he, too, knew what he needed. My little boy who formerly couldn’t communicate his basic needs now knew that he needed companionship. Of course, I immediately worked on finding him that “person.”  So, after years of countless therapies, our only therapy now is Relationship Development Intervention.

Today, Benji is seven years old. He is thriving in a mainstream second grade class. Most of his “autistic like” behaviors have ceased to exist, although he still has some unusual strengths – I never need directions when he is with me since he can direct me to anywhere he has been to before or has studied on a map. He can resolve most cellphone issues and has set a unique ringtone for each person on my contact list. He is sweet, loving and will still hold my hand in public places. Not only did he learn to talk, he also leaves an indelible impression on everyone who knows him.

In the beginning, I expected to be the teacher. Now I realize that he came into the world to teach me. From Benji, I learned about the power of hope and the strength of unconditional love.

So parents, if I had the opportunity to sit and talk with you, hear is what I would share:

*A diagnosis of autism spectrum disorder (ASD) is difficult, but not insurmountable.

*There is a lot of hope and help available. The key is to figure out what will work for your child.

*Celebrate your child’s strengths, aim high and believe that he or she is capable of anything, even if it hasn’t happened yet.

*Allow ASD to help you become a better person… it forced me to see what I was really capable of. I never used to consider myself a strong person.  Now, there is very little that I fear.

*Recognize that having a child on the spectrum might just make you more empathetic and sensitive toward others.

*Acknowledge and appreciate every hint of progress, even the small miracles!

*Remember, you are not alone.

We were able to strive toward the light at the end of the tunnel and you can, too.