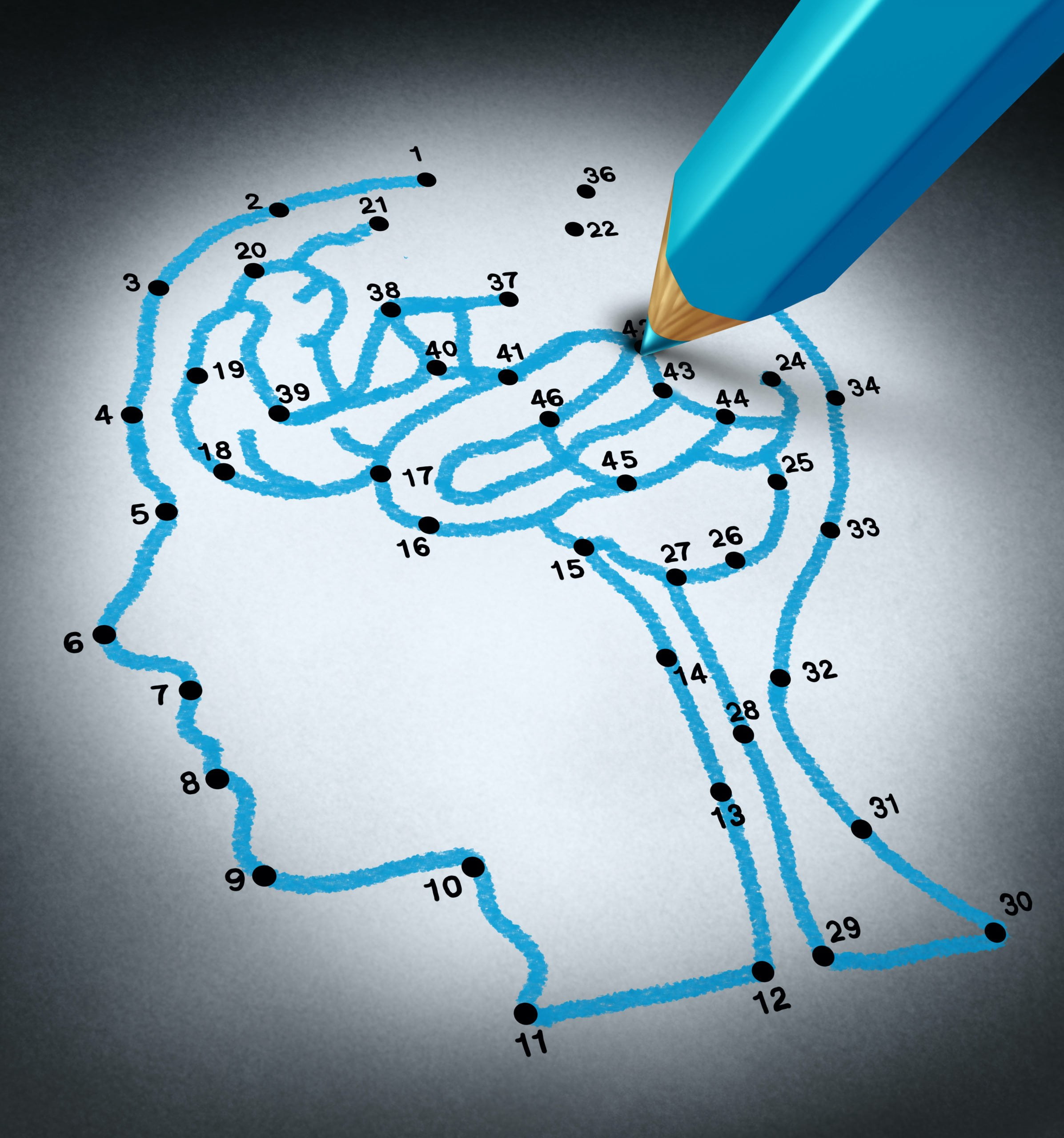 As the number of children who demonstrate developmental delays continues to increase, scientific knowledge remains sorely lacking. These are my top picks for this year’s most useful human research and events that address our understanding about the cause(s) and treatment(s) of these conditions.

January
LabCorp patents autism diagnosis method
There has been some controversy and squabbling over ownership of this method, and the test remains unavailable. It would be nice to utilize such patient information, if it helps achieve earlier diagnosis and intervention.

A Biomarker Characterizing Neurodevelopment with applications in Autism
Speaking of biomarkers, here is one based on noting small changes in movement.

Autism risk factor search aided by epigenetics study
The more we understand how the environment interacts with our genetic makeup, the more we comprehend how this epidemic is unfolding.

February
Association of Maternal Use of Folic Acid and Multivitamin Supplements in the Periods Before and During Pregnancy With the Risk of Autism Spectrum Disorder in Offspring
This is some good news for Moms seeking a prevention strategy. “Maternal exposure to folic acid and multivitamin supplements before and during pregnancy is associated with a reduced risk of ASD in the offspring compared with the offspring of mothers without such exposure.” A word to the wise: Take the recommended amounts, more is not necessarily better, and could be worse.

Damaging de novo mutations diminish motor skills in children on the autism spectrum
Minor genetic variations are no longer “of no consequence for your child’s condition.” In April, similar research, involving paternal genes, is linked  here.

March
Developmental and behavioral alterations in zebrafish embryonically exposed to valproic acid (VPA): An aquatic model for autism.
When Zebrafish (or monkeys, or mice) talk, I’ll become more interested in this line of research. As long as we don’t understand why humans talk, we are missing the bigger picture.

Alterations of White Matter Connectivity in Preschool Children with Autism Spectrum Disorder
The communication difficulties feellike a connectivity issue in the brain network. Utilizing MRI data, researchers reported that, “The identification of altered structural connectivity in basal ganglia and paralimbic-limbic networks may point toward potential imaging biomarkers for preschool-age patients with ASD.”

April – Autism Awareness month
Preliminary Evaluation of a Brief Autism Screener for Young Children
By utilizing a 2-minute parent questionnaire, “the PDQ-1 may be a useful supplement to developmental surveillance of autism.” The questions can be found in the article.

Prenatal mercury exposure and features of autism: a prospective population study
The authors concluded, “… our study identifies no adverse effect of prenatal total blood Hg on autism or autistic traits provided the mother ate fish. Although these results should be confirmed in other populations, accumulating evidence substantiates the recommendation to eat fish during pregnancy.” So, let’s ignore the evidence that certain fish contain a lot of toxins, and that elevated mercury levels are associated with developmental delay.

May
Differential immune responses and microbiota profiles in children with autism spectrum disorders and co-morbid gastrointestinal symptoms
A powerful paper describing the gut-immune-brain connection in autism.

EEG Analytics for Early Detection of Autism Spectrum Disorder: A data-driven approach
“EEG measurements were collected from 99 infants with an older sibling diagnosed with ASD, and 89 low risk controls, beginning at 3 months of age and continuing until 36 months of age… Prediction of the clinical diagnostic outcome of ASD or not ASD was highly accurate when using EEG measurements from as early as 3 months of age. Specificity, sensitivity and PPV were high, exceeding 95% at some ages. Prediction of ADOS calibrated severity scores for all infants in the study using only EEG data taken as early as 3 months of age was strongly correlated with the actual measured scores.” This could be a good reason to check the EEG even in the absence of possible seizure activity.

Multivariate techniques enable a biochemical classification of children with autism spectrum disorder versus typically‐developing peers: A comparison and validation study
This is a follow-up study that verifies the accuracy of experimental autism blood test that was originally documented last year. This is very important if it holds up, to assess level of involvement and improvement.

June
Clinical Features of Children With Autism Who Passed 18-Month Screening
“This is the first study to reveal that children who pass M-CHAT screening at 18 months and are later diagnosed with ASD exhibit delays in core social and communication areas as well as fine motor skills at 18 months. Differences appeared to be more pronounced in girls. With these findings, we underscore the need to enhance the understanding of early markers of ASD in boys and girls, as well as factors affecting parental report on early delays and abnormalities, to improve the sensitivity of screening instruments.” A thorough history and physical, plus appropriate labs can often do the trick.

July
Maternal Type 1 Diabetes and Risk of Autism in Offspring
“These results suggest that the severity of maternal diabetes and the timing of exposure (early vs late in pregnancy) may be associated with the risk of ASD in offspring of diabetic mothers.” Other factors were discussed. That means good prenatal caret diagnose and treat, if Mom has the condition.

The Treatment of Autism Spectrum Disorder With Auditory Neurofeedback: A Randomized Placebo Controlled Trial Using the Mente Autism Device
“Our results show that a short 12 week course of NFB using the Mente Autism devicecan lead to significant changes in brain activity (qEEG), sensorimotor behavior, and behavior (standardized questionnaires) in ASD children.” Costs are about $2000, and 40 minute workout per day. That is, if you can the child to wear it. Less than half of the 5-15 year-olds completed the treatment.

August
Prenatal Exposure to Acetaminophen and Risk for Attention Deficit Hyperactivity Disorder and Autistic Spectrum Disorder: A Systematic Review, Meta-Analysis, and Meta-Regression Analysis of Cohort Studies
The conclusion, “Acetaminophen use during pregnancy is associated with an increased risk for ADHD, ASD, and hyperactivity symptoms,” is followed by a plethora of disclaimers.

Prenatal, perinatal, and neonatal risk factors of autism spectrum disorder
Infant seizures and maternal meds top list of risk factors for autism. This is in contradistinction to a recent study that diminishes the effects of maternal medication. More conditions that demand good prenatal care.

Association of Maternal Insecticide Levels With Autism in Offspring From a National Birth Cohort
Researchers found that exposure to DDE, which forms after the now-banned pesticide DDT breaks down, can as much as double the chance that a woman gives birth to an autistic child. Although banned over 45 years ago, it can be found in food, soil and groundwater.

Drug approval could boost research on marijuana treatment for autism
Cannabidiol, the primary ingredient Epidiolex,”…has been approved to alleviate seizures in two epilepsy syndromes… this is the first federal approval of a product derived from the marijuana plant…” It’s quite expensive – $32,500 a year, $2,708 a month, $677 a week, and ~ $96 a day.

September
Prenatal Tetanus, Diphtheria, Acellular Pertussis Vaccination and Autism Spectrum Disorder
Somehow, the new concern is that children under 2 months are going to step on a rusty nail or become exposed to really sick individuals. Tdap is safe in pregnancy, this research concludes, and even helps to protect the newborn. Here’s the rub: In Southern California, from the years studied, “ASD was diagnosed in 1341 (1.6%) children, and the incidence rate was 3.78 per 1000 person years in the Tdap exposed and 4.05 per 1000 person years in the unexposed group…” The CDC reported the overall prevalence of children with either ASD or other DD…” approximately 5.2%. That is not per thousand, so something seems incorrect about patient selection?

Genetic influences on eight psychiatric disorders based on family data of 4,408,646 full and half-siblings, and genetic data of 333,748 cases and controls.
More information about autism and other psychiatric conditions that incriminate familial susceptibility.

October
Fetal and Infancy Growth Pattern, Cord and Early Childhood Plasma Leptin, and Development of Autism Spectrum Disorder in the Boston Birth Cohort
“Is early life growth and a biomarker leptin related to ASD risk? To answer this question, we followed 822 children from birth and found that those who gained weight very quickly in infancy, had higher leptin levels in early childhood, had a greater chance of later ASD diagnosis.”

Restricted and Repetitive Behavior and Brain Functional Connectivity in Infants at Risk for Developing Autism Spectrum Disorder
Regarding ‘stims’… “Children who have repetitive behaviors, a core autism trait, show particular patterns of brain activity as early as 1 year of age…”

Relationship of Weight Outcomes, Co-Occurring Conditions, and Severity of Autism Spectrum Disorder in the Study to Explore Early Development
The risk of obesity tracked with the severity of autism traits. The authors concluded, “Prevention of excess weight gain in children with ASD, especially those with severe symptoms, and in children with developmental delays/disorders represents an important target for intervention.”

November
Attention Deficit–Hyperactivity Disorder and Month of School Enrollment
One of my favorites… let’s let kids be kids just a bit longer, without labelling them. Calling young children who are over-active ‘hyperactive’ is not appropriate and can lead to medications or incorrect preschool placement.

Brain responses to language in toddlers with Autism linked to altered gene expression
Finally, some research on the challenging sign of speech apraxia in ASD.

Validation of a Salivary RNA Test for Childhood Autism Spectrum Disorder
“Salivary poly-omic RNA measurement represents a novel, non-invasive approach that can accurately identify children with ASD. This technology could improve the specificity of referrals for ASD evaluation or provide objective support for ASD diagnoses.” Three of the authors are co-inventors of the process – an obvious conflict of interest.

December
Maternal metabolic profile predicts high or low risk of an autism pregnancy outcome
The authors concluded, “…it is not possible to determine during a pregnancy if a child will be diagnosed with ASD by age 3. However, differences in the folate-dependent transmethylation and transsulfuration metabolites are indicative of the risk level (High Risk of 18.7% vs. Low Risk of 1.7%) of the mother for having a child with ASD.” Identifying susceptible individuals is a great first step, especially for subsequent pregnancies.

Long-Term Efficacy and Safety of Pediatric Prolonged-Release Melatonin for Insomnia in Children with Autism Spectrum Disorder
This should assuage those families who continue to be concerned about this useful and relatively innocuous sleep supplement.

Conclusions
Prevalence and Treatment Patterns of Autism Spectrum Disorder in the United States, 2016
An estimated 2.8 percent of children ages 3 to 17 have ever been diagnosed with autism and 2.5 percent — or 1 in 40 — currently have the developmental disorder. There are very few practitioners who care for children with the disorder.

Regardless of whether ASD is a new epidemic, or ‘just a re-classification’ of previous developmental conditions, there are too many patients, with little understanding and a paucity of useful treatments. We must continue to hope that progress will accelerate in response to the reality of a condition that affects so many of our population.