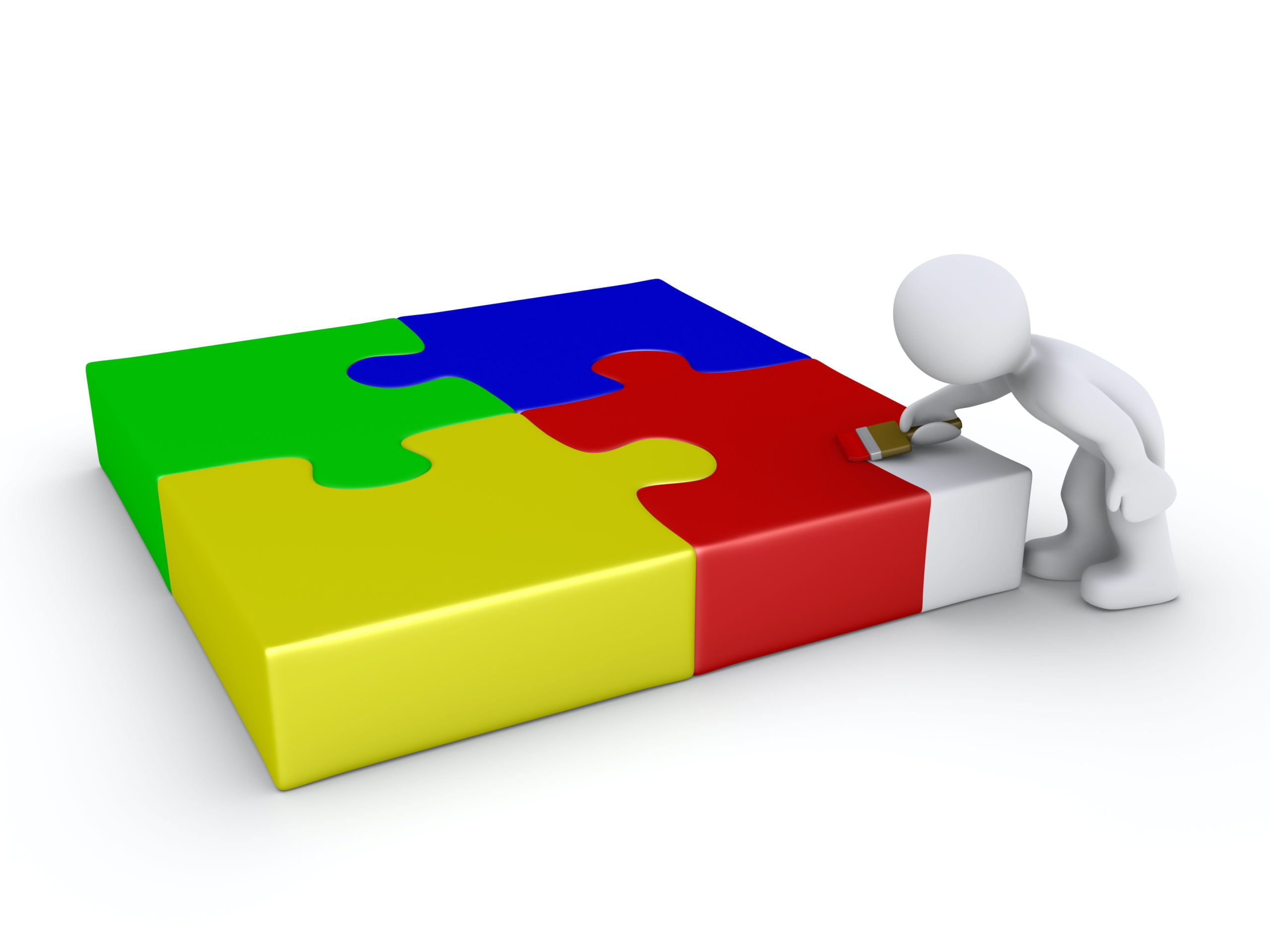 January
Prenatal Exposure to Air Pollutants Linked With Increased Incidence of Autism
Nitrogen oxide pollution is emitted from vehicle exhaust, and the burning of coal, oil, diesel fuel, and natural gas, especially from electric power plants. They are also emitted by cigarettes, gas stoves, kerosene heaters, wood burning, and silos that contain silage.
Of 132,256 children born in the Vancouver metropolitan area between 2004 and 2009…An increased risk for ASD was associated with prenatal exposure to NO (nitric oxide). These data corroborate similar findings from other studies conducted worldwide and suggest that decreasing NO exposure among pregnant women may reduce the incidence of ASD in metropolitan areas.

Sibling Recurrence Risk and Cross-aggregation of Attention-Deficit/Hyperactivity Disorder and Autism Spectrum Disorder.
Later-born siblings of children with ASD or ADHD appear to be at elevated risk for the same disorder, but also of being diagnosed with the other disorder.

Why genetic tests matter for autistic people
Three-part series with much better answers than the old-fashioned, typical view espoused by most ‘modern’ medical practitioners.

Real life Experience of Medical Cannabis Treatment in Autism: Analysis of Safety and Efficacy
Prospectively analyzed data was collected as part of the treatment program of 188 ASD patients aged 18 years treated with medical cannabis between 2015 and 2017. It was found that that medical cannabis is a good, safe and effective option in relieving the symptoms of autism, including seizures, tics, depression, restlessness and tantrums. Overall, more than 80% of their parents reported a significant or moderate improvement in their children.

Long-term Risk of Neuropsychiatric Disease After Exposure to Infection In Utero
Maternal infection during pregnancy may be responsible for some portion of autism and depression in childhood and adulthood among the exposed offspring.
Or… it could be the antibiotics! Maternal infections have been around for years. But, the new antibiotics? Only since the start of the autism epidemic.

April
Measles, Mumps, Rubella Vaccination and Autism: A Nationwide Cohort Study
To be clear, this retrospective paper demonstrated the following: In a group of Danish children in the first decade of this century, during which time the incidence of ASD was 1/1000 (vs. ~1/59 presently in US), in a schedule with fewer additional vaccines (compared to US) and different timing of the MMR, there was no increase in the incidence of autism in the vaccinated group.
It did not prove that MMR was safe for all.

Long-term benefit of Microbiota Transfer Therapy on autism symptoms and gut microbiota
“Our observations demonstrate the long-term safety and efficacy of MTT as a potential therapy to treat children with ASD who have GI problems, and warrant a double-blind, placebo-controlled trial in the future.”
I asked Dr. Adams, directly, should I recommend this intervention for my patients. His answer was, “Well, not at this time.” “What is the expected improvement?” I asked, since one of our apraxic patients underwent the fecal transplant, but had no change in communication months later.

Evaluation of the Diagnostic Stability of the Early Autism Spectrum Disorder Phenotype in the General Population Starting at 12 Months
“The findings suggest that an ASD diagnosis becomes stable starting at 14 months of age and overall is more stable than other diagnostic categories, including language or developmental delay. After a toddler is identified as having ASD, there may be a low chance that he or she will test within typical levels at 3 years of age. This finding opens the opportunity to test the impact of very early-age treatment of ASD.”
Yay… earlier diagnosis and earlier treatment leading to optimal outcomes!

May
Whole-genome deep-learning analysis identifies contribution of noncoding mutations to autism risk.
Really dense research, but 2 important points for our ASD community:
1. Confirms that all children with developmental challenges should have genetic testing (copy number variation, exome analysis, Fragile X or Rett’s if indicated) and
2. Those who have had previous testing that was determined to be ‘negative” by their physician, might want to have another look.

Clustering of Co-Occurring Conditions in Autism Spectrum Disorder During Early Childhood: A Retrospective Analysis of Medical Claims Data
Lays a groundwork for creating a sub-classification system within ASD. There isn’t just one ‘kind’ of autism, and treatments that are aimed at ‘co-morbidities’ are often successful in ameliorating certain behavioral challenges.

A phase 2 clinical trial of a vasopressin V1a receptor antagonist shows improved adaptive behaviors in men with autism spectrum disorder
Balovaptan was well tolerated across all doses, and no drug-related safety concerns were identified. These results support further study of balovaptan as a potential treatment for the socialization and communication deficits in ASD.
“It is too early to discuss (balovaptan’s) availability on the market,” said Bob Purcell, a spokesman for Roche subsidiary Genentech… In the meantime, nasal oxytocin has been quite helpful for a selected group of our patients, in whom eye contact is particularly challenging.

June
The misnomer of ‘high functioning autism’: Intelligence is an imprecise predictor of functional abilities at diagnosis
Research indicates that “estimates from intelligence quotient alone are an imprecise proxy for functional abilities when diagnosing autism spectrum disorder, particularly for those without intellectual disability… ‘high functioning autism’ is an inaccurate clinical descriptor when based solely on intelligence quotient demarcations and this term should be abandoned in research and clinical practice.”
As I have previously noted, there are plenty of ‘low-functioning’ neurotypical people out there.

Propionic Acid Induces Gliosis and Neuro-inflammation through Modulation of PTEN/AKT Pathway in Autism Spectrum Disorder
Propionic acid (PPA), a short-chain fatty acid (SCFA) and a product of dys-biotic ASD gut, on human neural stem cells (hNSCs) proliferation, differentiation and inflammation was studied. “Clearly, the data supports a significant role for PPA in modulating hNSC patterning leading to gliosis, disturbed neuro-circuitry, and inflammatory response as seen in ASD.”
An in-vitro study (test tube), to be sure, but additional evidence of environmental effects on the nervous system.

Improvement of Language in Children with Autism with Combined Donepezil and Choline Treatment
“Combined treatment of donepezil hydrochloride with choline supplement demonstrates a sustainable effect on receptive language skills in children with ASD for 6 months after treatment, with a more significant effect in those under the age of 10 years.”
Donepezil is for Alzheimer’s, lots of side effects, and is not indicated in pediatrics. The choline is OK.

July
Maternal Diabetes and the Risk of Autism in Offspring: ADA
“Results summed that children born to mothers with an HbA1c greater than 6.5% were nearly twice as likely to be diagnosed with autism during follow-up (HR= 1.70; 95% CI 1.06-3).”
Another risk factor – not cause and effect. But glucose control during pregnancy could be one important preventative strategy.

THIS WEARABLE DEVICE CAN PREDICT AGGRESSIVE OUTBURSTS IN PEOPLE WITH AUTISM A MINUTE IN ADVANCE
1. You have advanced warning of 1 minute – I have seen outbursts come out of nowhere. And, what is a caretaker to do during that minute??
2. You have to put the wristband on the child.
3. The child has to keep the wristband on.
Hmmm…

Implication of hypocholesterolemia in autism spectrum disorder and its associated comorbidities: A retrospective case–control study
Autistic people are four times as likely as controls to have low cholesterol, and those with the lowest cholesterol levels have high rates of intellectual disability, anxiety and depression, according to a new study.
Which is why doctors should test LIPID levels in affected patients – there is effective treatment, and we have found that eye contact is the first sign to return.

September
Genetic registry reaps bounty of new autism genes
Is it genetic or is it the environment?
It’s the interaction of toxins, bacteria, etc. on susceptible individuals.

A Pivotal Response Treatment Package for Children With Autism Spectrum Disorder: An RCT
24-week randomized controlled trial in which community treatment was compared with the combination of parent training and clinician-delivered PRT. PRT-P was effective for improving child social communication skills and for teaching parents to implement PRT.

October
Current state of evidence of cannabis utilization for treatment of autism spectrum disorders
“Studies revealed mixed and inconclusive findings of cannabis effects for all conditions, except epilepsy. Adverse outcomes were also reported, which included severe psychosis, increased agitation, somnolence, decreased appetite, and irritability. In addition, a wide range of cannabis compositions and dosage were identified within the studies, which impact generalizability.”

Accuracy of Autism Screening in a Large Pediatric Network.
The popular M-CHAT/F test for ASD in toddlers was found to be less accurate than shown in previous studies, and revealed significant disparities in detecting early autism symptoms in minority, urban and low-income children.
Maybe this is why pediatricians are so confused about an accurate diagnosis.

Gluten-Free Diet in Children with Autism Spectrum Disorders: A Randomized, Controlled, Single-Blinded Trial
“There were no differences between groups in autistic symptoms, maladaptive behaviors, or intellectual abilities after the intervention. A GFD compared with a GD did not affect functioning of children with ASD.”
No testing, no specific elimination based on findings. So, are families supposed to believe this “science”, or their lying eyes when signs of ASD improve with diet?

ASD Symptoms in Toddlers and Preschoolers: An Examination of Sex Differences
Since there are fewer females, understanding subtle differences may make diagnosis more accurate.

December
Executive Summary: Identification, Evaluation, and Management of Children With Autism Spectrum Disorder
The American Academy of Pediatrics is finally catching up to the epidemic. It’s about time.

Quadrant Biosciences Launches First Ever Epigenetic Saliva Test for Autism
A test ordered by the doctor, designed to provide a probability of an autism diagnosis based on epigenetic biomarkers in the saliva.
The company found that its test “accurately picks up 82 percent of autistic children and identifies 88 percent of children who do not have the condition.”
The Child Development Center is now in the process of obtaining the necessary kits in order to assist our families who may wish to have further information about their children with developmental concerns.