Sit or Get Off the Potty – Toilet Training and Autism 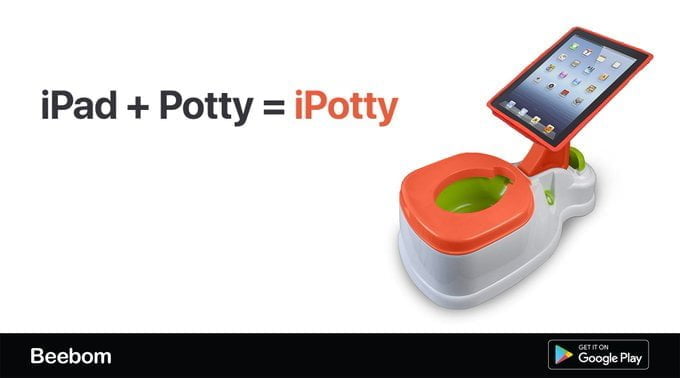 As in many things ASD-ish, instructions that usually work in neuro-typical children are not certain to shape up as expected. For example, advising the mom of an autistic finicky eater, “Just let him sit there, he’ll eventually eat,” could be a big mistake. The affected individual may actually starve rather than consume “that smelly thing.” (The Reason I Jump)

According to the History of Potty Training, the age of acquiring this important skill has actually gone UP over the years, as the ability to dispose of the evidence has gotten more convenient. In the middle of the last century, Dr. Spock introduced the Gentle Training Approach in his famous child-rearing text. “Readiness” placed as the first criterion in that successful approach.

Another pediatric authority, Dr. T. Berry Brazelton later advocated his “Child Oriented Approach,” which has become the most frequently offered advice, in one form or another, by the modern pediatric community.

Dr. B suggested that success depended on “the child’s interest and compliance in developing autonomous control… This was in instituted at about 2 years of age… Daytime training was accomplished by 2-1/2 years, first children slower.” 80% nighttime training was completed by 3 years, and males took 2-1/2 months longer.

More recently, Dr. ‘Bob’ Sears has been oft-quoted for his Potty Training Tips. Helpful signals of ‘readiness’ are offered, and he discusses practical issues such as potty chairs, diapers, and the like.

With autistic toddlers, however, there are physiological and psychological differences. Caregivers are challenged with a task that, at it’s core requires “readiness,” which is so difficult to determine. In addition to speech apraxia and other communication difficulties, important differences in ASD patients include:

An informal survey around the office yielded some interesting opinions. Karen, our kind practice administrator (and successful mother of 2), suggested that bribery worked best in her son with autism. Lisa, our compassionate bookkeeper (and successful mother of 4), added that having older male siblings helped her child the most. That, plus bribery.

Our budding in-house ABA therapist, Bianca, experienced success at a trusted local ABA facility. She observed that, in a group of manageable size, those requiring toilet training are subject to frequent lavatory visits of short duration. We all agreed that the ‘newspapers-on-the-ground-with-a-nude-kid’ trick might work, but it takes a lot of effort.

My version relies on the patients’ overactivity and preference for schedules. I suggest that the number of bathroom visits be determined by the number of BMs plus one. One-to-three times each day, for example, a child would be placed on the potty, pants down, for only 3 or 5 seconds, counted down clearly. Each day, that time can be increased until 30 seconds or so. If it takes 15 minutes, it is taking too long. Try bribery. 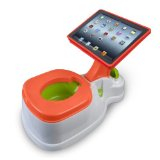 Ultimately, however, the single most important item to consider when faced with potty training a developmentally challenged child is a thorough, accurate evaluation and assessment of gastrointestinal integrity. If the gut is not healthy, the task may not only be unsuccessful, it could further influence many other behaviors, as well.