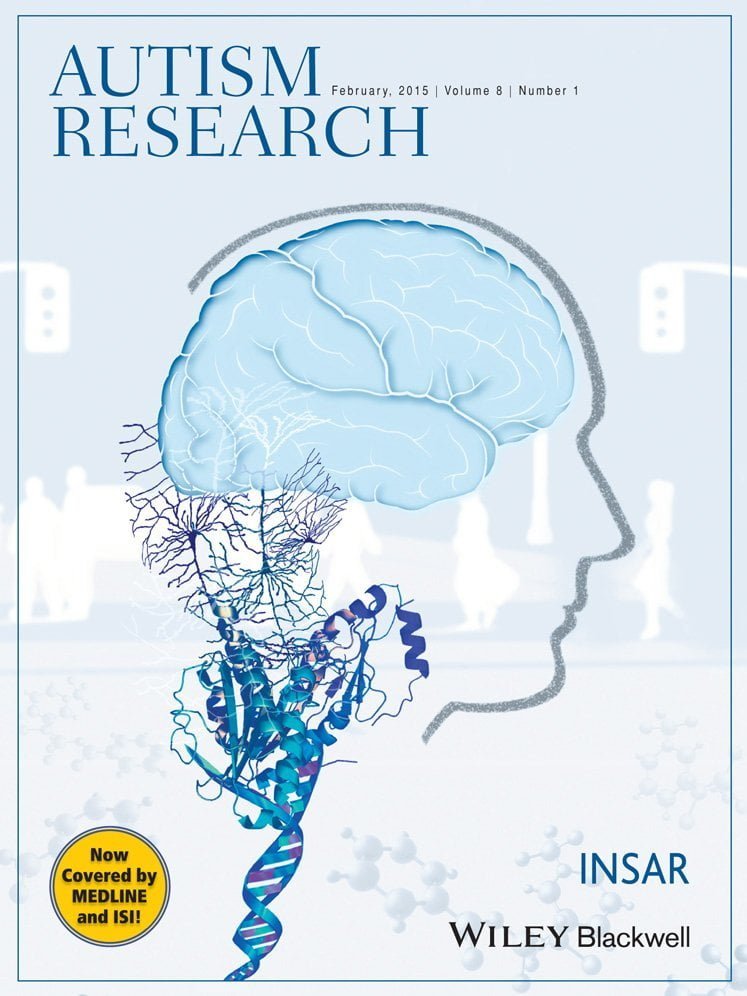 Saturday’s Keynote Address covered the National Institute of Health’s MRI Study of Normal Brain Development. A database has been created which contains information detailing the anatomical and behavioral maturation of 500 typically developing children from 0 to 18 years. You can read about it here, and it is important to note that this now serves as a basis for many research projects.

Physiological and Behavioral Characterization of Sensory Dysfunction in Autism was a derived from a ‘Sensory Experiences Questionnaire’ and ‘Sensory Processing Measure’ in order to ascertain subtypes of ASD and arrive at biomarkers for treatment. Conclusions were only in the preliminary stages.

Sensory Assessments Reveal Phenotypic Heterogeneity in Autism was a study in which various stimuli were delivered to the skin of ASD vs. typically developing patients and then recording brain responses. Not surprisingly, perhaps, there were differences in the two groups, with a great deal more heterogeneity in the ASD group. This type of study of functional connectivity can reveal important differences for future treatment modalities.

Gamma-Band Activity and Coherence in Response to Familiar and Unfamiliar Faces in Infants at Risk for Autism Spectrum Disorder studied high-risk siblings vs. low-risk control infants, and concluded that by 1 year of age there was a difference in EEG lateralization (which part of the brain responds to faces) between the groups.

Auditory Evoked Potentials: Candidate Endophenotypic Indicies of ASD Susceptibility was a study that was able to determine autistic patients, but NOT able to identify high risk infants (unaffected sibs).

Intact Interhemispheric Transmission in Children and Adolescents Diagnosed with ASD demonstrated delayed electrical transmission through the corpus callosum. This was sort of an expected finding showing slower processing from one side of the brain to the other. Level of Autistic Traits Modulates Activity in Face and Action Perception Systems was a study in which EEGs were used to document facial processing latency (it takes longer for signals to get through). Sex Differences in Social Information Processing in ASD showed increased latency in facial recognition in males more than females.

Functional Neuroanatomical Changes Induced by Mu-Based Neurofeedback Training in Children on the Autism Spectrum was able to demonstrate improvement by utilizing this non-invasive therapeutic intervention. Although subjects were 7-17 years old with high-functioning autism, the neurofeedback centers have got to love this one.

The afternoon sessions that I attended were mostly studies of older, high-functioning ASD patients (vs. age-matched controls) who were given tasks to complete inside an MRI scanner and then studying the other parts of the brain that became involved in the activity – an fMRI. The investigators tested (and found differences) in response to human faces, sounds, voices, words, and emotions between the groups. Although this may not appear to be surprising to parents of ASD individuals, it is important because the research has important implications in the diagnosis and treatment of such a heterogeneous condition.

Oxytocin Receptor Gene (OXTR) Impacts Salience Network Connectivity in Children With and Without ASD and Oxytocin’s Impact on Social Cognitive Brain Function in Youth with ASD were the last presentations of the conference, but not the least important as far as offering hope for therapeutic interventions.

This series of blogs has only scratched the surface of all that has gone on this weekend. I had the opportunity to meet a Parliament Member who has a teenager with autism, many ‘big names’ in the world of research and many emerging professionals in this field. The multitude of poster sessions covered an enormous amount of new information for ASD research, and I am only beginning to go through that material. The ‘can-do’ spirit and sincere concern for affected patients and their families was palpable in each presentation. Real progress has been made regarding etiology, diagnosis, prognosis and treatment compared to the previous years’ presentations. With all of these great minds committed to research, and the investments that are being made, I couldn’t help but feel that parents should be encouraged that, more than ever, valid treatments are on the horizon.