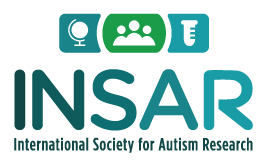 Scaramouche. OMG, what a meal. I can’t recommend it enough, if you’re in this neck of the woods. And don’t pass up the coconut cream pie for dessert.

The first presentation on Friday was a thorough discussion about the progress that has been made concerning the genetics of autism. The take home messages were 1. The number of diagnosed cases that will be attached to some discernible genetic anomaly will probably increase as the human genome becomes more available and 2. It appears that the genetic mistake, mostly copy number variants (too many pieces of information) is a de novo alteration, not an inherited condition. That begged the question of why there are more genetic mistakes and what role the environment plays, and that engendered a spirited discussion from the audience.

Critical Clinical Needs in Classification and Prediction for Older Children, Adolescents and Adults with Autism was presented by a psychiatrist who was very familiar with the “promises and pitfalls” in classification and prediction of outcomes. She warned about misdiagnosis and unnecessary or harmful treatments, and how the media over-reacts to even minor ‘breakthroughs’ in autism research.

Analysis of Imaging Patterns Using Pattern Recognition Methods: Application to Development of Imaging-based Biomarkers for Autism was presented by a neuroradiologist who described methods to employ technology but pointed out the weaknesses when using imaging tools to make this diagnosis.

A Cognitive Neuroscience Approach to the Early Identification of Autism was a discussion about attempts to find the earliest markers (< 6 months) by utilizing electrophysiological or metabolic markers. Biology-based Candidate Intermediate Phenotypes in Autism Research: Hope of Hype? similarly described the work necessary to get answers to the autism puzzle.

The afternoon sessions that I attended were under the title, Progress, Pitfalls, and Potential of Postmortem Human Brain Research on Autism. There is a paucity of much-needed cerebral tissue from postmortem autistic brains in order to better study the anatomy and physiology of this condition. The complexity of the human brain and especially as it matures in the first year of life was detailed. The increased size of the brain seems to be more common in males with ASD than in females, and even then there is a great deal of variation and debate about whether there are more neurons, smaller neurons, differences in the branching of the cells and/or more inflammation in the autistic brain. The Neurochemical Profile of Autism lecture described four different ways of studying post-mortem brain tissue to discern the answers to the questions about atypical brain development. Environmental Vulnerability and Oxidative Damage in Autism was Dr. James’ presentation describing the neurobiology of autism. Finally, Gene Expression in the Central Nervous System in Autism was a discussion about how epigenetics affects the autistic brain and the inflammatory response that may be responsible for alterations in architecture and function.

The most well attended session so far was Dr. Sue Swedo’s explanation of the new DSM 5.0 criteria. It felt as though all 2000 participants were in the same room! The message that she so thoroughly and eloquently delivered was that this is an attempt to get at a more precise diagnosis so that affected individuals can get the educational and medical assistance that they require based on their condition. A spirited and passionate discussion followed.

Completely frying my already baked brain were the final presentations of the day, mostly about fMRI studies. The first paper, Effects of Neural Cicuitry on Learning Processes in Autism, demonstrated activation and synchronization changes during learning in autism patients. Under-connectivity was implicated as the culprit in reducing learning. Relating Alterations in White Matter Circuitry to Cognitive Performance was a fascinating presentation in which the researcher tried to read an autistic person’s mind with technology. ASD participants appeared to be ‘removed’ from the topics in question, which was not the same connectivity as neurotypical subjects. In the next paper, Large Scale Functional Connectivity in Children with Autism Spectrum Disorders, the author reported network specific deficits, rather than decreases connectivity, as is usually suspected as the problem. However, the final presentation, Autism Classification using Local, Global and Connectome-Wide Measures of Functional Connectivity demonstrated weaker connectivity in ASD vs typically developing subjects. The conclusion was that fMRI at 75% correlation was not useful yet as a biological marker of autism.

On to Le Societe, located in a posh section of Toronto, for some great French cooking.