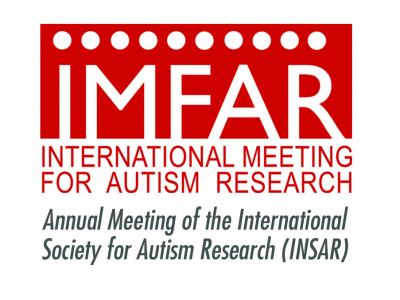 I’m here in Toronto, trying to cram in as many meetings and presentations as possible. This annual conference brings researchers from all over the world who present their papers and discuss the findings with other professionals.

This year, there were ~2000 registrants, over 150 oral presentations and hundreds of poster sessions. Since no single individual could possibly cover all of this information in real-time, the focus of this series is the medical-biomedical research lecture material.

On pre-conference day, two newsworthy topics were presented. The first was a study about infant head lag as the possible earliest red flag for later ASD diagnosis. Actually, the finding is not that specific and my previously described low tone test is simpler to interpret and more specific. Also, I don’t find this all that fascinating since that physical sign was described 80 years ago.

The other significant report was that parents don’t trust their pediatrician to treat autism and likewise, pediatricians don’t feel that they have the time or training to treat patients with the diagnosis. Ya think?

Today’s keynote address was fascinating research about the role of oxytocin in social development. Of course, the audience was eager to know how that related to the problems of socialization in ASD. Administering oxytocin to parents of children under the age of three resulted in raising the child’s level of that hormone! Much more work its needed but the role of this peptide looked to be a very important direction for etiology, diagnosis and treatment.

The other oral presentations that I found most significant today were:

Behavioral and Developmental Outcomes From Long Term Aripiprazole Treatment of Youth with Autism Spectrum Disorders. Abilify was shown to improve many symptoms in 75% of patients, but weight gain was a major side effect.

Treatment of Behavior Problems Among School-Age Children with Autism Spectrum Disorders. This study documented the effectiveness of Parent-Child Interaction Therapy.

There were 6 sessions directed at the new DSM V criteria, covering effectiveness of diagnosis and considering whether more or less children will be counted as ‘autistic’. Factor analysis was interesting, although I’m not sure that I was able to come to any definitive conclusions when the new global domains are reduced to ‘social communication – interaction’ and ‘restricted interests – repetitive behaviors’. The final presenter on this topic reported a unique diagnostic tool that appears quite effective, The Autism Mental Status Exam.

Omega-3 Fatty Acid Supplementation in Children with Autism was NOT shown to create symptomatic improvement. The dose and duration of use with this common form of ASD supplementation were both questioned by the audience, and the presenter agreed that such factors could have affected the results.

Sapropterin As a Treatment for Autistic Disorder: Results of a Randomized, Double-Blind, Placebo-Controlled Trial and An Open Label Extension was the last presentation. Although the major symptoms of autism were NOT improved in this scientific study, some of the co-morbid conditions (ADHD, aggressiveness, self-injurious behaviors, irritability, anxiety, sleep G-I) did seem to improve in a portion of the patients. Research will continue on this possibly important enzymatic cofactor.

Now, I’m off to enjoy this Canadian city’s nightlife.