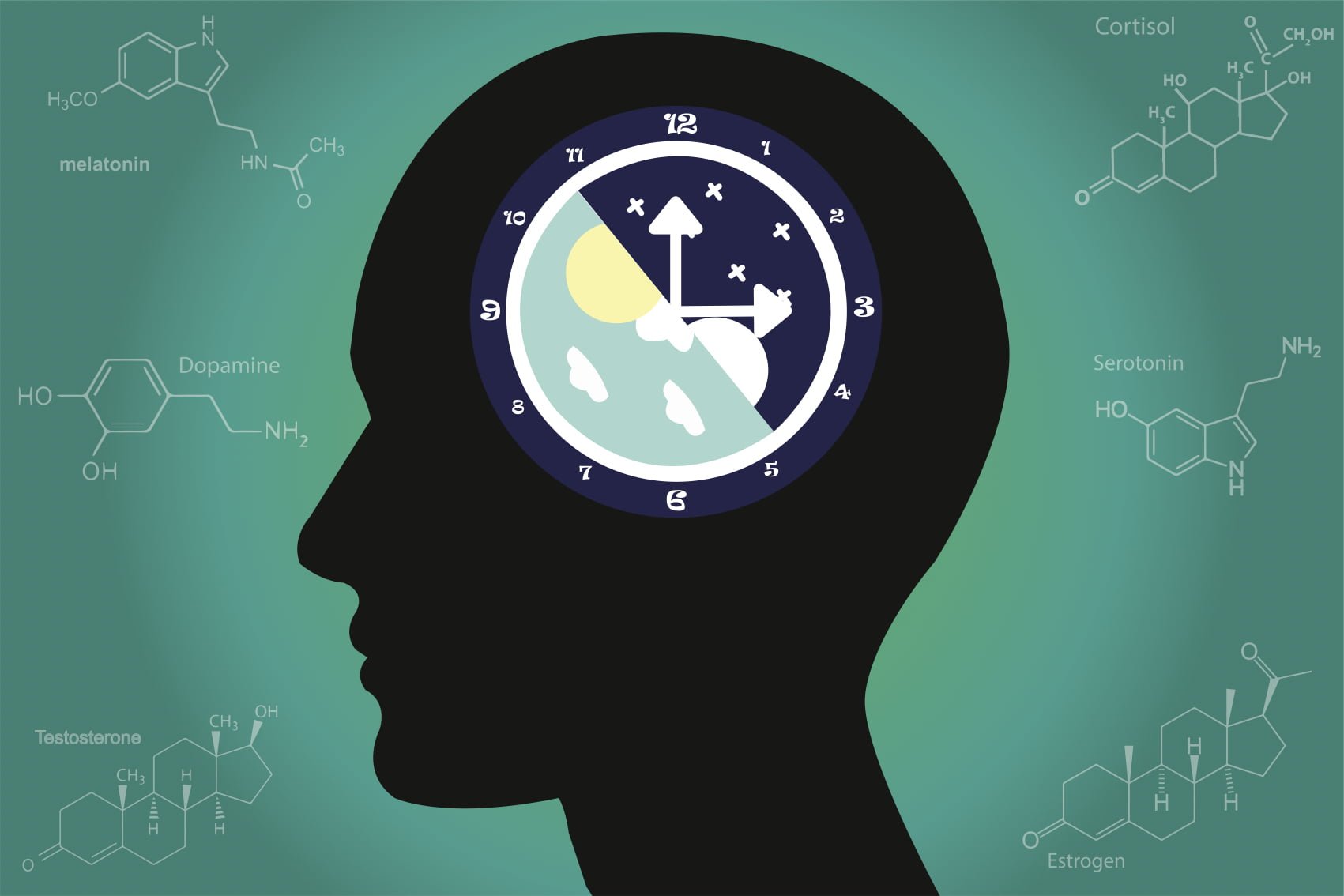 Pineal Gland – Where Melatonin is Produced

Of all the biomedical autism treatments, oral melatonin is one of the safest, most effective and least expensive. How is it that parents are so reluctant to take advantage of such a ‘natural’ therapy for their affected children?

“It’s a hormone.” Hormones are our body’s chemical messengers, and there are many. Insulin is a hormone that regulates the breakdown and distribution of carbohydrates. It appears that, in many of the versions of autism that I see in my practice, the body isn’t producing one or any number of hormones. For example, adrenaline is another hormone. Children who exhibit continuous signs and symptoms of ‘fight-or-flight’ appear to have too much adrenalin. Could ‘eczema’, which is common in ASD patients, be due to hormones? Steroids (another hormone) are often an effective therapy for that skin condition. Oxytocin (the so-called ‘love hormone’), which helps the uterus contract, is said to be low in ASD children, and is being evaluated for improvement in eye contact (and has engendered a cottage industry).

Even though pediatricians often fail to inquire about nighttime problems after infancy, sleep disturbances are the most common hormone-controlled activity that I document. So, it appears that melatonin malfunctions may be one of the most treatable conditions in autism. Research has shown that autistic children sleep less than their neuro-typical peers, and even those that DO sleep for an adequate period of time spend less time in REM sleep, which, among other benefits, is the mind’s time to cement the experiences of the previous day. Can your (verbal) child express what happened the day before?

My point is: there are very few medical interventions for ASD that really FIX an abnormality – most are ‘band-aids’ that address one or more symptoms. I believe that the evidence shows that nearly every autistic individual may get improvement from melatonin.

“I don’t want my child to get addicted to the medication.” Get real. Compared to most of the other treatments that parents are asked to foist on their affected child, this is a no-brainer. You can stop it anytime. More importantly, you should see melatonin as a valuable, proven biomedical intervention that doesn’t require professional evaluation and has reliable results. Are arthritis patients addicted to aspirin, or does the medication represent a valuable tool to control their autoimmune condition? By the way, melatonin is also a strong anti-oxidant and it aids the immune system.

“I heard that if you give melatonin, your body will not make it and so the problem will continue.” Who said? There are feedback loops to certain hormones, such as testosterone or estrogen. But melatonin is produced in the pineal gland – in the very center of our brains – and plays a key role in the body’s circadian rhythm. Regulation has to do with light exposure, sleep deprivation, time-zone variations and state of health.

“There’s a lot of bad stuff written about it on the Internet.” So what? You want potential problems, read about valerian root, which is also given for sleep disturbances. It’s not a hormone, but it contains more than seventeen different psychoactive substances. Many people consider ‘natural’ remedies to be safe. However, I have seen patients who exhibited negative reactions to many of its ingredients. Melatonin therapy is one of the best researched and most effective treatments of ASD that is available at this time. Further research can be found here.

“My child gets to sleep OK, but he wakes up in the middle of the night.” Yeah, definitely a problem. Here’s where a DAN! doctor can help, because of our experience with so many patients. Often, a dosage increase is successful. The long-acting preparations are effective, as well.  Sometimes, extra oral tryptophan, an amino acid supplement and precursor of melatonin, feels like a safe way to increase the child’s level when problems continue. Prescription medications are rarely required and then only as a last resort.

“Where does it come from?” Melatonin supplements are either synthetic or natural. They are chemically identical to the melatonin that is produced by the human body. Some people think that using the natural melatonin, typically made from the pineal glands of animals such as sheep, carries a greater risk of being contaminated by a virus. Therefore, the synthetic version is the most recommended and most popular form of melatonin.

“When / how do you give it?” I usually start with 1 to 3 mg. of the oral liquid given 1/2 hour prior to the desired bedtime. Carefully increasing the dose is recommended until the child displays a sufficient response – a good night’s sleep after a short latency (the time it takes to get to sleep). The most important thing, however, is to administer the medication EXACTLY the same time every night. The goal is not only adequate rest, but a more reliable daily bio-rhythm. Giving this supplement only “as needed” will pretty much assure that it won’t be an effective ASD therapy.

“What are the side effects?” Sometimes, at the onset of this therapy, there is actually a sleep disturbance characterized by apparently vivid dreams. I think of it as similar to a neuro-typical person who suffers from sleep deprivation, who subsequently suffers nightmares and the like. Also, there are previously toilet-trained children who experience nighttime bedwetting. I’m not sure if they are just undergoing some well-needed deep sleep, are detoxifying their systems, or it’s just peculiar to certain autistic individuals. Too much melatonin can produce sleepiness during daytime, feeling dizzy and getting headaches. Also, there are some drug interactions and medical conditions which could affect melatonin usage, so please check with your doctor and tell him or her if you are giving your child this therapy.

Did you ever get out of bed after a poor night of sleep and feel ready to seize the day? Perhaps you became cranky, had problems focusing or over-reacted to otherwise innocent remarks? Oh, and by the way, if your child sleeps better, so will you, and EVERYBODY’S stress level will be lowered.

In spite of stories, such as this
http://www.huffingtonpost.com/entry/melatonin-dosage-and-risks_us_56deff8ce4b03a40567a1e1e?
Conclusions and Relevance  Melatonin supplementation is a safe and effective way to improve the sleep-onset latency and disease severity in children with AD.